I just want to do things like turn the evap VSV valves off and on, maybe auto bleed the brakes and any other active tests. Not looking to reprogram or flash ECUs.

Looking into getting one scanner that will actuate various devices. I think it is called “Mode $08”, “Active Tests”? A budget Scanner in like the $200 (or lower?)

I think you’re referring to Techstream software. There are major limits on
what it can do on the rather primitive 3rd gen system.

I set up Techstream years ago (2014). There may be better methods now, but I know mine works. I used this cable, which is still available:

Yes, I use a dedicated XP laptop. It seems happy with this retirement arrangement. 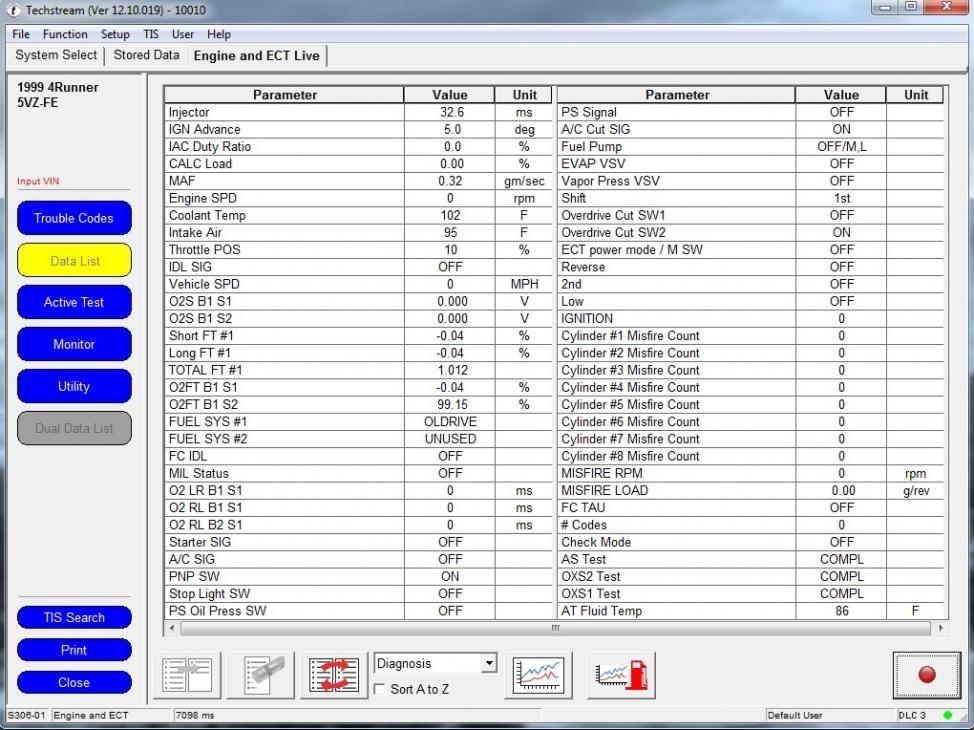 I have Techstream and and about the only “programming” it allows is with the immobilizer and keys. It’s a diagnostic tool first and foremost, which is what a Toyota technician needs.

But there May be other “programmers” out there, which would be the bi-directional part. You’re looking to make changes to the fuel/timing/injector maps I take it.. looking for performance of one kind or another (most want more power, some want more efficiency/fuel economy).

Looking around a little, I see that I’m wrong about Techstream, it can be used to flash/program, just not my model year. Looks like the ability doesn’t exist on models earlier than 2001 (though I did see a Chineesium flash tool saying 2000… wonder if they mean a late 2000 model or a built in 2000, model year 2001 though).

Digging through more pages, I’m finding more and more posts talking about how Toyota ECU’s can’t be tuned. that if you want different performance, you have to go with a “piggyback” or completely replace the unit with something that is fully adjustable.

3)I can’t imagine theres anything better than Techstream for checking and testing components, but I’m intrigued.

I have a generic OBD2 bluetooth (and torque pro) for reading generic codes and real time data. I also have a 64 bit techstream.

There is 1 method of modifying the ecu that does work to increase performance, but you really need to know, and understand, what you’re doing. However, its limited in the results (typically higher rpm and higher fuel output). Toyoalta ECUs arent based on an eprom, therefore you cannot reburn/flash the chip.

Mode $08 activity test…
Some of the chinesium brand units (Launch, Autel, etc.) in past years have been bundling up factory auto software on an android platform and selling units. These are in the $800+ range. Very good functional stuff. Definitely not sub $200 range yet. Software liscence infringement? I’m not a legal eagle.

My gut, instinct, view is that way back deep in the Toyota proprietary fortress there was a way to tune these ECM’s. Doubt we’d see that proprietary software released. But my hunch it existed back in the past.

As for a sub $200 bi-directional unit there’s always used, 2nd hand, Craigslist, etc. But be wary of damaged stuff, software out of date, subscription lapse, etc.

Foxwell NT530 allows you to use the scan tool temporarily activate or control a vehicle system or component. With NT530, the check of electronic components such as switches, sensors, relays, & actuators is made a simple task. It allows you to recalibrate, adapt or configure certain components after making repairs or replacement. It gives you the ability to ‘flash’ a control unit with new program data. Provided that a module can be re-coded, the device allows for the coding and programming of a replacement control module or changing previously stored incorrect coding as expensive factory tools do. In addition, it lets you recode the transponder in a

Mechanical key or key fob. When a key for a modern vehicle is replaced, the new unit will often turn the mechanical switch but fail to initialize the system or start the vehicle. If this occurs, it is

typically because the transponder inside the key has not been coded to that particular system. 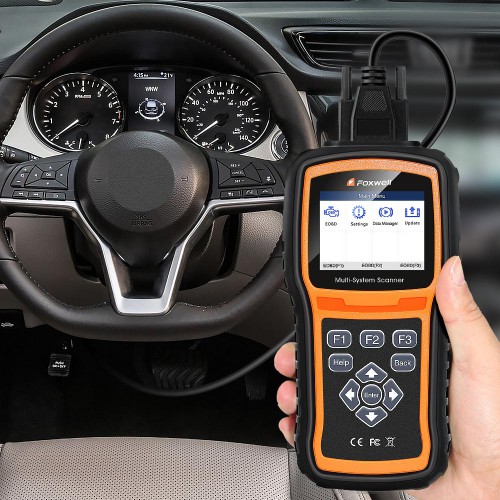 Active Tests, also known as Actuator Tests, are bi-directional diagnostic tests on vehicle systems and component. The tests let you to use the scanner temporarily activate or control a vehicle system or component, and when you exit the test, the system/component returns to normal operation.

Some tests display a command to the operator. For example, if “Press Brake Pedal” displays, the

operator has to press and hold the brake pedal and then continue. The sequence, number and type of tests are dictated by the control module.

On some systems, the actuator tests cannot be restarted until the ignition key is switched off for

some time. Alternatively, briefly start and run the engine, shut down, turn the ignition to the run

position, then re-initiate the actuator tests.

IMPORTANT: The tests activate a component, but they do not check if the component is working correctly. Make sure the components to be tested are in good condition and correctly mounted.

NOTE: Available tests depend on the control module under test and the vehicle itself.

To start a test: 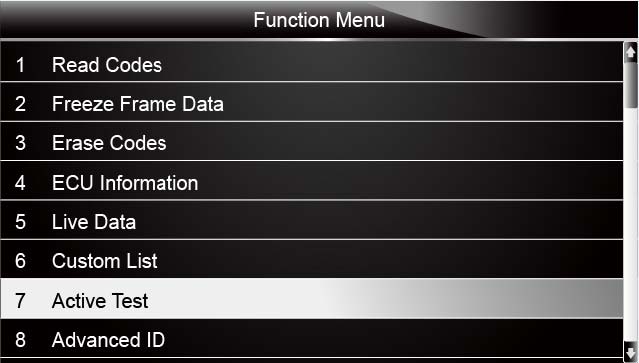 Select the test you would like to perform and press the ENTER key. Follow on-screen Instructions to make proper selections and operations to complete the tests 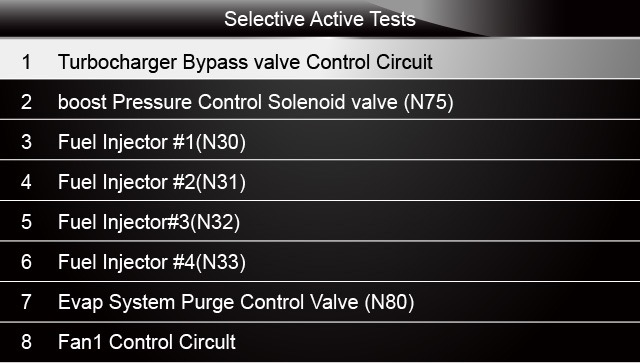 alter certain values and/or settings in control modules that support it.

You should refer to the Service Manual for your particular car before attempting to use the Adaptation function.

To set an adaptation:

Select Adaptation from Function Menu and press the ENTER key. 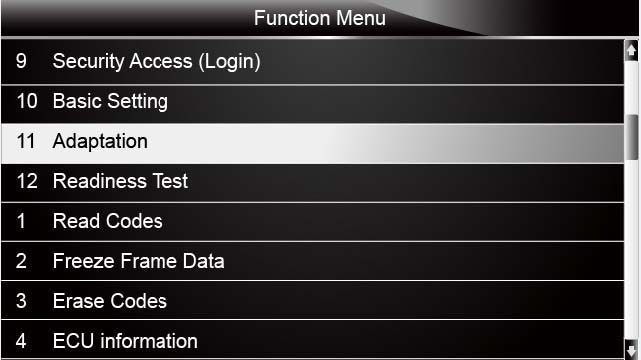 Follow on-screen instructions to make proper selections and operations to complete the tests. 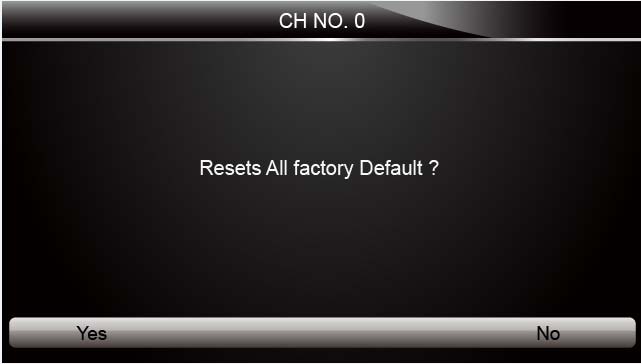 To exit the test, press BACK button.

Coding also known as Teach-in Program or Component Adaptation. It is the process of selecting