Autek IKey 820 key programmer arrived me last week, 3 working days delivery by DHL. Bought 549usd from uobdii. I used it for Dodge from 2007 year and it doesn’t let me down, it works fine to add keys, program new key when all keys lost, read pincode, synchronize keyless etc for many Dodge car models (from 2007 year – 2017 year). IKey 820 does not have coil reader, only work with obd.

Besides, IKey 820 comes with 500 tokens. When you finish 500 tokens, you can reload another 200 tokens again and again. Tokens are free.

Charger 2016 – No Pin read on these models even on MVP. Sourced Pin from dealer, select Charger 2015 and add prox.
OKAY

Menus look clean and most everything is easy to navigate. Love that is says what Dodge stuff it can attempt a pin pull on without having to hook up obd like on ck200. The fact they left out mustang 2010 like you said makes me thing Autec actually tested what works and doesn’t, but of course not everything will work. Definitely don’t regret the buy so far.

I just added a key to a 2005 Dodge Durango and it bypassed the PIN and programmed the key in 5 secs. So far I’m very happy with this machine!

2009 Dodge Caliber Success Pulled pin. RHK.security light continued to blink constantly for a long time. Turned ignition off then waited 1 minute then everything was back to normal*

2013 Dodge Avenger, pulled pin and programmed RHK in a fla$h….
Yes I programmed a 2009 Chevy impala. With no trouble

2012 Ram 1500 added fobik keys in about three minutes….one to pull the pin and one for each new key

2004 Dodge Durango dealer key since this is a problem child. Programmed in 2 seconds no pin needed. It was so fast I really thought it wasn’t going to work but worked perfectly.

2015 Dodge Promaster with Fiat key. PIN kept pulling up 77777 but after getting the right one from the dealer it programmed in fine.

selected by model and year

i programmed in 1 new key

customer then advises one key was stolen previously

NOW at this point she lets me know of two other keys she has inside that are already cut! but have not been programmed in…………………………..

so i now go and erase all the keys and am going to program in all 4 keys! i currently have in my hand

add key trying with one of her new keys under NEW KEY ADDING
success!
key count 0………………..

grrrrrr this is bad

it would only add them with OLD KEY ADDING

You can search Autek IKey 820 Dodge coverage at:

I screenshot the below two images: 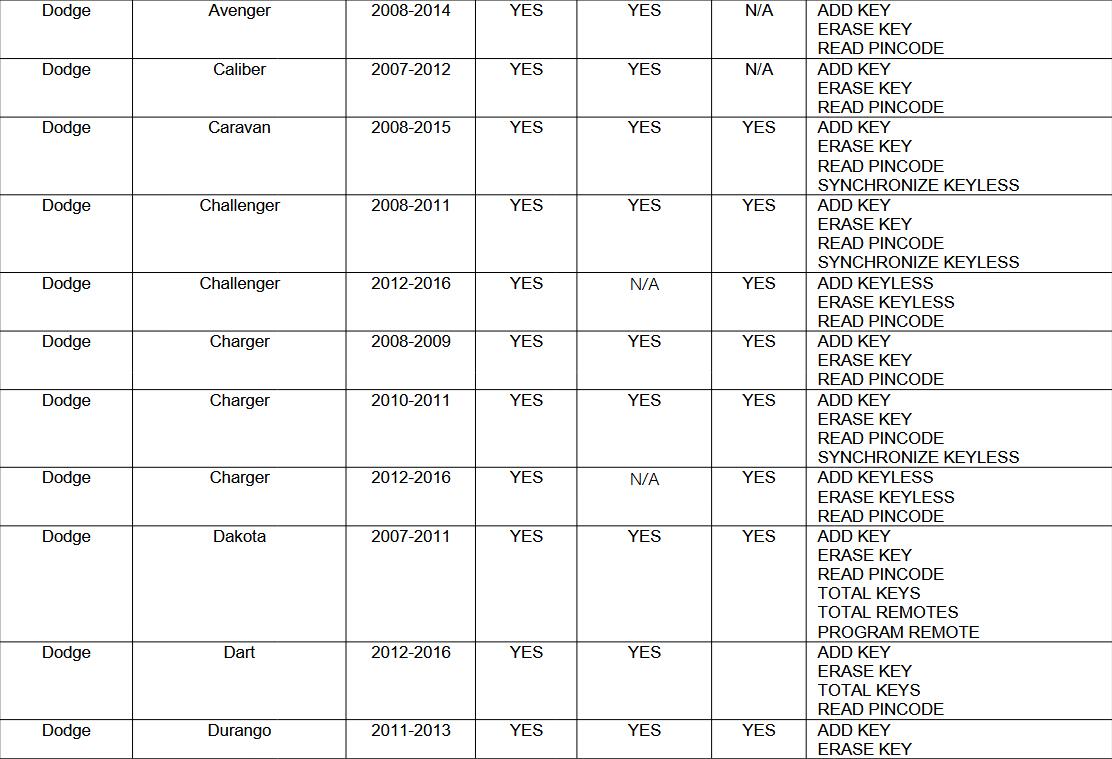 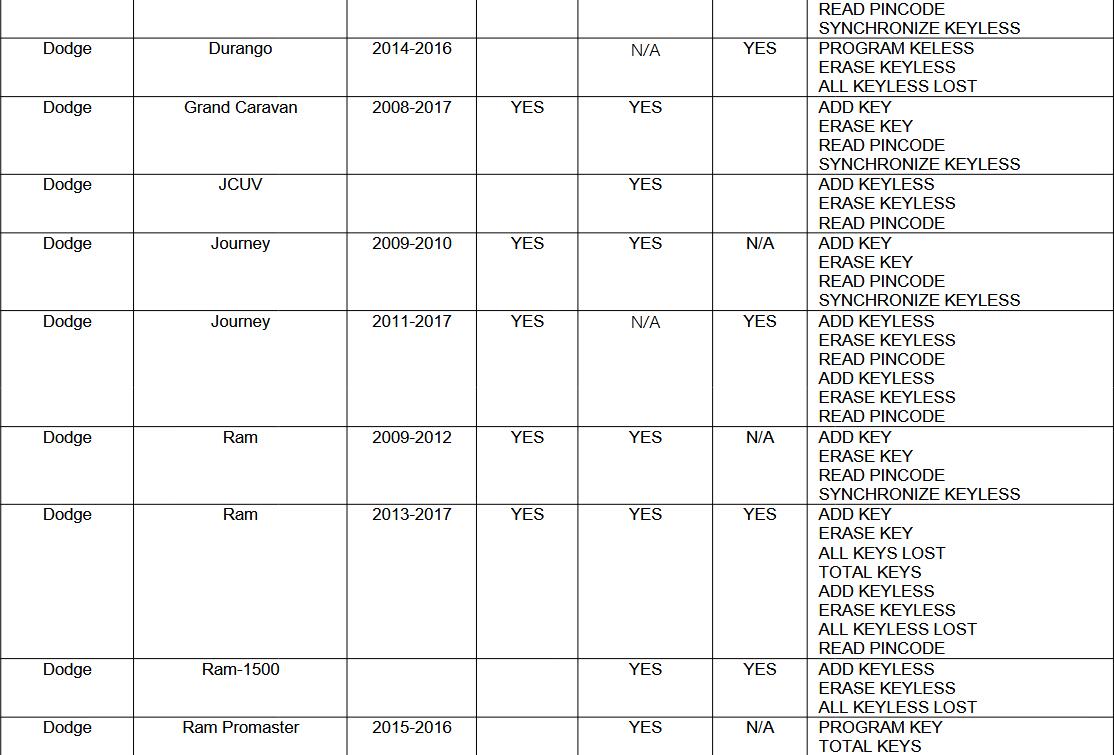