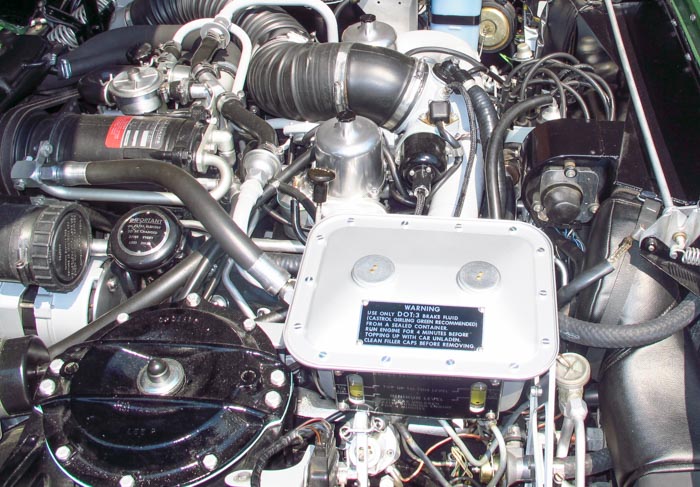 The other day, while connecting my dual batteries, I noticed the positive terminal getting hot. I had no idea what could be the problem. I heard that a Land Rover diagnostic tool can help identify the problem, so I bought a JLR Mangoose cable from UOBD2. I used the tool immediately after I received the tool but did not get any useful info.

I called a friend that knows some mechanic knowledge for help. After some investigating he narrowed it down to the positive wire that went to the fuse box under the seat. He disconnected this wire and temporarily connected it to the second battery, but it still got hot. He asked me to check and clean two ends of this wire – hmm…no difference. He then looked around and noticed the Fuel pump relay had some fading on the housing from excessive heat. He figured out that when he unplugged this relay the engine continues to run and my terminal does NOT get hot anymore, but as soon as he plugged it in it heats up. He used a multimeter and checked the resistance of this wire and there does not show anything strange. He have switched relays around with the A/C relays in the thought that this might be the problem, but made no difference.

We had no idea what to do. My electrical experience was limited. Then I asked on a forum and finally found the way to fix it. A forum member told me that:

“in this case with things running, indicates that there is too much current flowing in this wire. I think you said that it still gets hot with the pump disconnected. Therefore, disconnect the wire that goes from the relay to the pump, at the relay. You are not looking for a dirty connection, but a wire that is chaffed, or with a screw pinch, or a stray strand touching something metal that gives it a path to the vehicle ground.

If the ‘hot wire’ does not get hot when the relay – pump wire is disconnected at the pump – the pump is faulty.

If the ‘hot wire’ is still hot with the relay-pump wire is disconnected at the relay – then it could be the relay socket, or relay internals. But I think you said that you had swapped the relays – go check the socket.

Next disconnect the ‘hot wire’ at the relay socket. If it goes cold then the socket is under suspicion. If still getting hot, then check this wire along its whole legth for chaffing/impaling etc.

It could also be just a lug twisted around to touch another lug on this circuit.”

I followed his advice and found out it being two problems.

After some investigating later, I found the wire that runs from the battery to the fuse box (Under Drivers Seat) did indeed have corrosion through it (at the terminal end). The wire was hard, quite bumpy, and slightly melted. I missed it because it had the protective plastic sleeve over the top. Once I cut it all open it was very obvious.

The second problem – reason the fuel pump relay was getting hot was because of a slightly corroded relay terminal connectors.

I fit a new fuel pump relay and my Landy now feels like it is running smoother!