Can someone confirm if VCX Nano for GM cable work on anything newer than 2013 GM cars? When I look at YouTube videos, All I see available on the vehicle selection screen is 2013 and older. The ones currently on uobdii.com list their firmware for Tech2win at V33.003 and for GDS2 at 2019.04. I currently have a 2011, 2012 and 2018. The elder is getting replaced with a 2020. I am considering one of these in the wifi version.

I purchased one of them but haven’t gotten it working yet. The first thing it did was show me a menu where I had to select from a list of car features that are shown as a list of codes. Not knowing which one to select I haven’t gotten past that point yet although with the holidays I haven’t had any real interest in monkeying around in the garage.

This is the one I purchased: 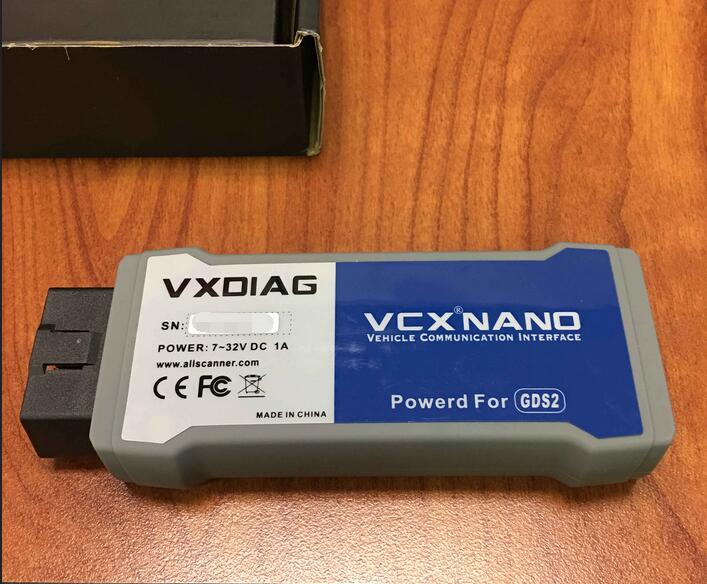 It does talk to my 2015 and provides me a GDS2 menu list. The problem is I think I have to study the GM tool that it emulates to find out how it is used to go further. I haven’t tried to see if the Tech2 emulation will work. I have a 2003 Tahoe that I could use that on.
If you do get one make sure you have a battery charger attached to the battery while using it.

User documentation is poor to say the least and the videos shown on line are old and don’t exactly address the software files that are on the DVD you receive. Installing on your PC becomes a guessing game of sorts. You do need a DVD reader to install the software so if you don’t have one you will need to purchase one. My newer PCs don’t have them so have transferred the files to an USB stick so I can load the software on a more portable unit.

Here are the files that are on the DVD I received. Note that both GDS2 and Tech2Win are provided: 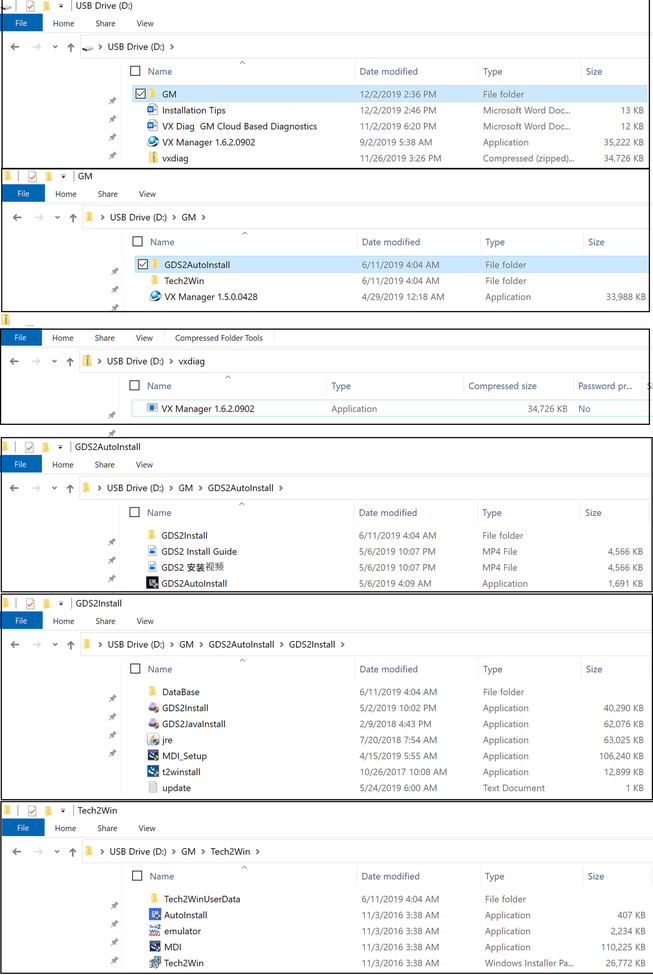 I have the wireless VCX Nano for GM but I would not recommend it. Better to use the cable while reading codes. This was useful for me for troubleshooting however it is buggy and the cracked tech2win software crashes when doing full data captures. Honestly i would ask yourself what do you need it for and consider looking at some of the other programmer capable tuner software out that can do everything reliably as this device is not really for programming or tuning and requires a gm account to perform updates. It does read CAN so it helped me diagnose wheel speed sensor issues.
Mine only shows 2013 as an option in the tech2win.

The following links may give you more information

I have one and my software is version GDS 2 V19.0104100 GM Global V2017.12.0 has folders from 2009 up to 2018 and includes every make and model of GM that they have made that uses the new communications protocol . Any car like the C6 that uses the old protocol you would use the TECH II win and it is a exact emulation of that software.

Used it for everything from doing a transmission clutch pack relearn to reading deep codes in individual modules for myself and a few friends . Best purchase I have made . You can even get a 3 day pass for GM’s TIS web site to pull down files you need to program modules

But to get the software to run ….. this is the struggle because it’s old 32 bit software and for reasons I won’t post here , in needs run in a VM shell on an old machine

The software requires an I Core 3 and 8 gigs of ram at a minimum recommended is an I Core 5… no AMD ….

This laptop needs to be running a 32 bit version of Windows 7, you have to remember when GM wrote this software …. it was in 2012
It will not run reliably if you are using a 64 bit copy of 7 or windows 10 Then because it runs in a special Windows 7 image using VM Ware shell . those of you that are familiar VM ware it can be a challenge…. You have to make sure that the USB ports are set to com port 3 and that all the drivers are loaded in the shell also, and not windows generic drivers.

Since a C7 heavily depends on the CANBUS communication bus a C7 might pop numerous codes for a few modules , there might not be anything wrong with the other modules as only one has failed . Regular code readers will just show all the codes, GDS2 will show you EXCATLY what module is not responding , when was the last time it responded and how many times has it failed to respond

I used it yesterday as I had what I thought was a rough idle , I attributed this to just being normal …. here to find out the software graph and data said I had an intermittent mis on cylinder 2. Not enough to set a CEL but it was there. A quick swap of the wire with another cylinder and then the plug , the miss then went to the cylinder I swapped to , replaced the plug …and bam …. smooth as silk.

Both TECH ll WIN and GDS2 work flawlessly if you get it setup on an “Old Laptop”
Once your car is out of bumper to bumper your transmission might cease to work , you take it to the dealer thinking its covered and they find out it’s a module… guess what is NOT covered…just like a water pump is not covered …lol

I love working on my cars ..and I don’t want to be running to the dealer at $125 @ hr every time something goes wrong … my corvette friends love the fact that they live close to me lol

Both Tech2Win ( appropriate for my C6 and 2008 Hummer) and GM MDI (used on the C7 and Chev Cruze) work well. Although not needed yet, I would also like to get it updated with later model years but don’t want to risk messing up the installation I already have. I do not use the tool for updates or reflashing, just diagnostics and some service bay tests.

I also have a clone Tech 2 which I find more convenient to use than Tech2Win with a laptop etc – they are nearly identical in function.

1- if you are going to do any updates you need to be online , this would require you to be hardwired to a network , choosing between being hardwired to the device or being hardwired to the network I chose the device as its was way easier than running a 100 ft. of cat 5 cable
2- the device has to connect to COM PORT 3 , with the unit connecting thru WIFI I was not sure how easy that was going to be . the driver software lets you chose between WIFI or USB but you have to change the com port in Device Manager
3- you already experienced the product support you get from the third world county that is selling it

I am not sure how computer literate you are but I chose the KISS principal , KEEP IT SIMPLE and I am glad I did because like I said above the software is a pain in the butt to get loaded and running so I was glad I did but once it is running you will love what you can do with it

So unless you enjoy pain and frustration stick with the wired

Just make sure you have a machine with the exact specs I listed above , no more … no less ….