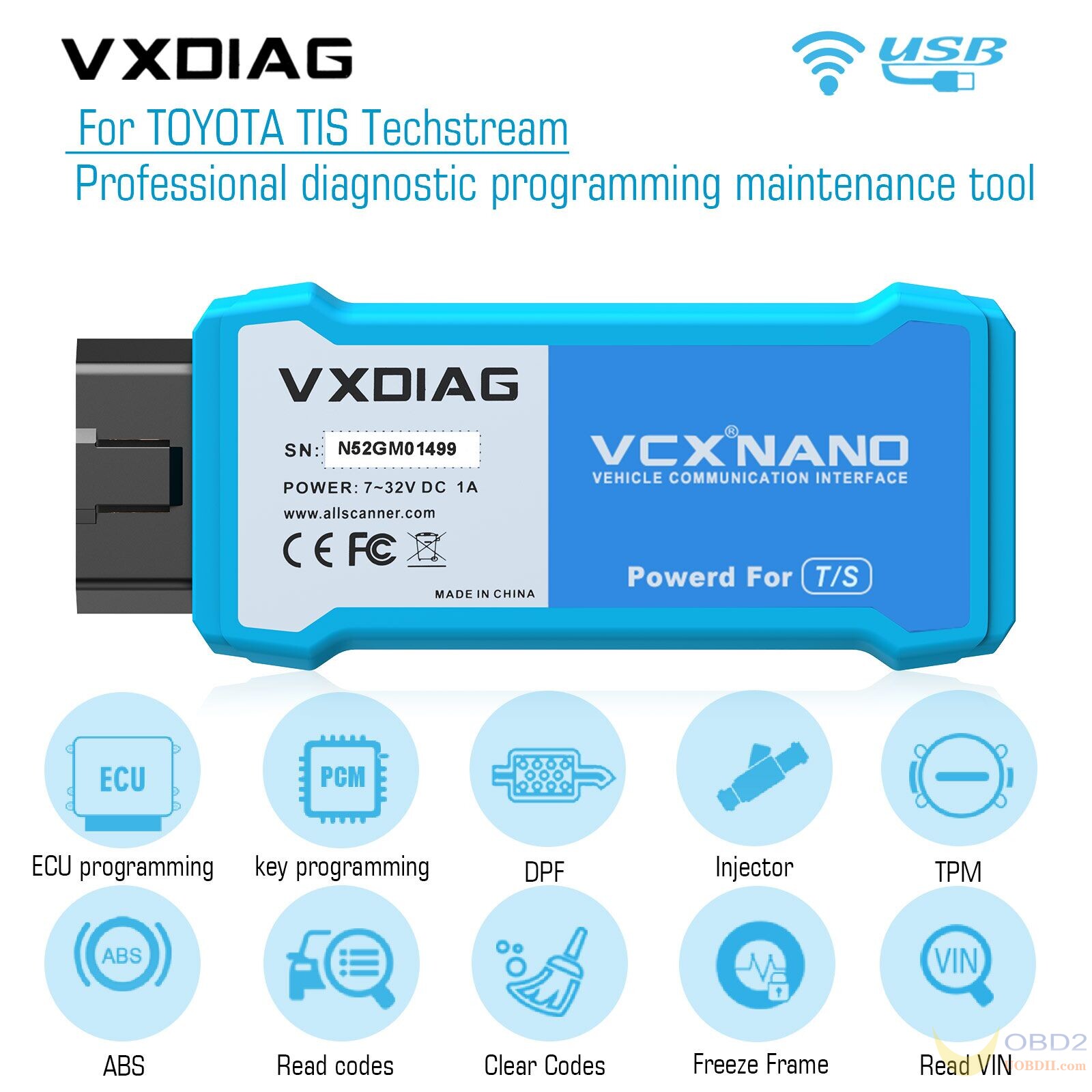 I thought I would share my experience trying to program new tire pressure sensors (TPS) on my 2015 RAV4 XLE.
I have had the MVCI cable and TS for years but only made minor changes so far.
Recently, three of the TPS modules stopped sending during cold mornings. TPS error light flashed then stayed on.
Although it was kind of early for the batteries to go in the sensors I had them all replaced with Denso OEM ones.
My mechanic could not reprogram the sensors, but I thought it would be no problem with my MVCI cable and TS.
Nothing would work. Tried several versions of TS, several versions of MVCI cable firmware.
Always got the dreaded “Id Registration failed due to a communication error” and had to short ODBII pins TC and CG to reset ECU.
I then decided to try a VXDIAG VCX NANO for Toyota.
Had to replace XP on my old D600 laptop with Win7, install VXDIAG manager/driver, went online and updated license.
I did’nt install the new version TS that came with the VXDIAG. The loader.exe had a trojan.
Went to my car to program the sensors and it worked the first time.
Although it’s $79 and a bit of a pain to install, I would recommend it.

I also have a mini vci cable, but found it limited in what I could do. I haven’t used it once since I got the VXDiag vcx nano version.

I purchased the VXDIAG VCX Nano with Techstream V15.00.026. It works great. 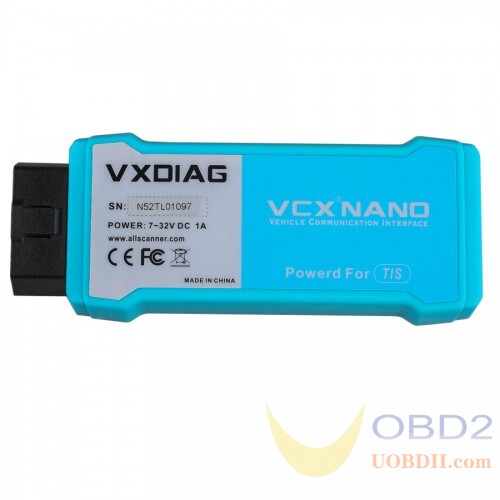 It works great. I had a spare copy & license of Windows 7 laying around that I wasn’t using, so I installed it on a virtual machine (using Virtual Box). It all worked without a hiccup. Going through screens in Techstream is pretty quick, too, especially compared to what people describe in all the other threads that use the older non-Nano cables.

After I got it all set up, I noticed that VXDIAG also offers a VMWare Player image, but I haven’t tried it out.

Alright, to program TPMS for Toyota, get one VXDIAG VCX Nano less than 100usd, it won’t let you down.