To program Rangerover KVM key when AKL, Mart tool is winner, such as mart tool program fk72 kvm, did on bj32 kvm for evoque, transponder programmer Jaguar/landrover 2015, 2015 Range rover that couldn’t be done with AVDI is not recognized, while Mart tool can do.

The customer has his 2 original keys, but don’t work anymore so I assume the keys were deleted and a new one programmed, because it was stolen and the customer now has it back.

The customer has asked me to program his original keys back to his car.

KVM programmer to use:

I have original vcm, using up to date SDD with full rights as a independent. I have programmed 15 plus new kvm’s to rangerovers or landrovers and never had an issue. I always push the start button when it says turn ign on.

If you go to specification screen does it show communication to RFA module? Also make sure you have battery support on and the headlights are on (if not this can result in no comms). If you wanted to program old keys you would first try the recover keys procedure. Let me know the answer to above.

Note. On the later Evoque MY14> it is common to get no comms on new RFA as it comes pre flashed for dual CAN and not multi CAN though this will not be an issue for your MY of vehicle.

Answer 1: Yeah is comms with RFA. It has 2 faults in as well, module not programmed and no keys programmed. I have my battery support on it as well, always when doing programming. I dont think the head lights were on. I tried with hazards on.
It also fails on the recover keys option in extras.

Advice 2: use a combination of skp900 and sdd

Real test: Mart tool KVM programmer is the best for its price

i would advice to use old kvm and use mart tool to add keys even if kvm is locked. mart tool will even show you vin number. just compare it.

3.Don’t get too excited about the KVM issue.
2015 Range rover that couldn’t be done with AVDI is not recognized.
A tool called “Mart Tool” came out with the same thing a few weeks back. 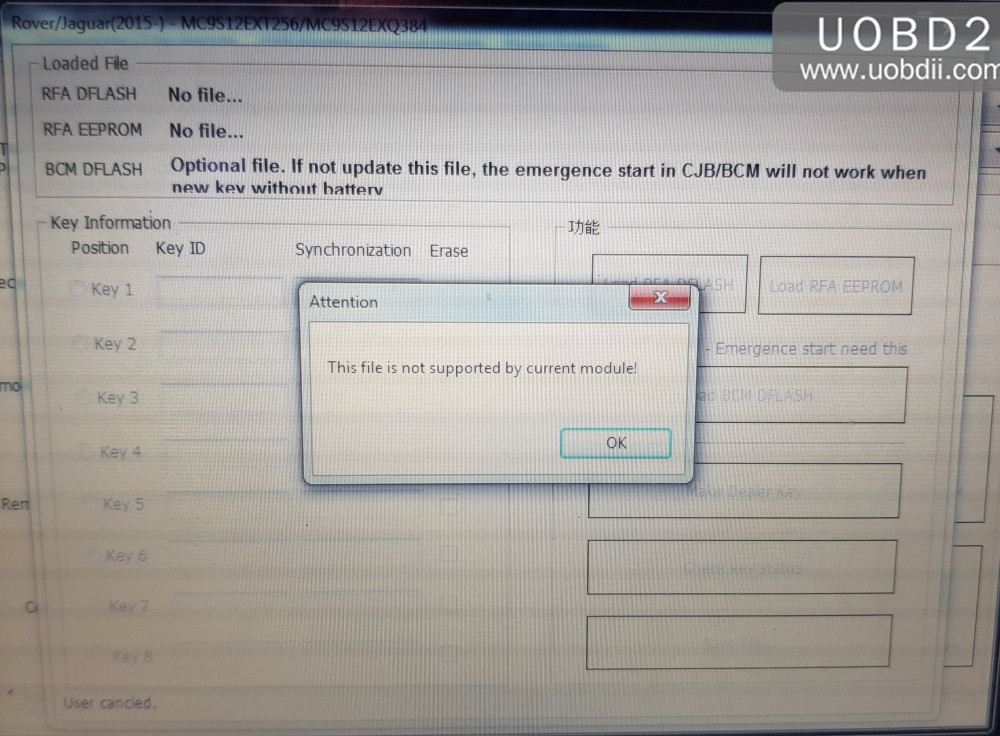 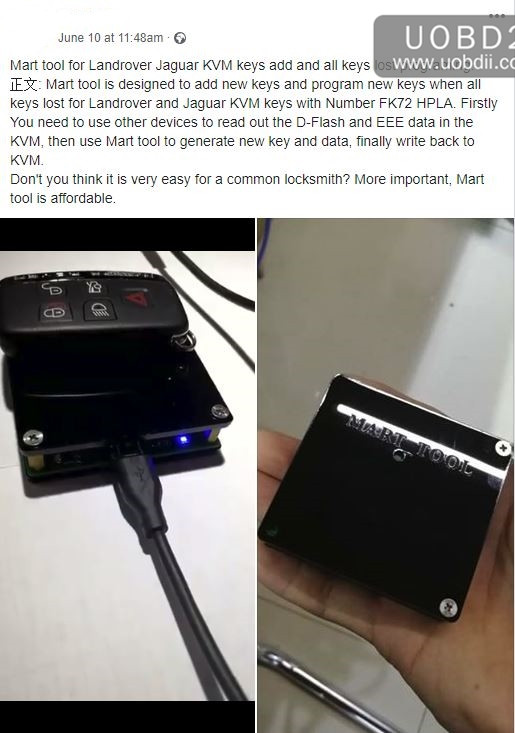 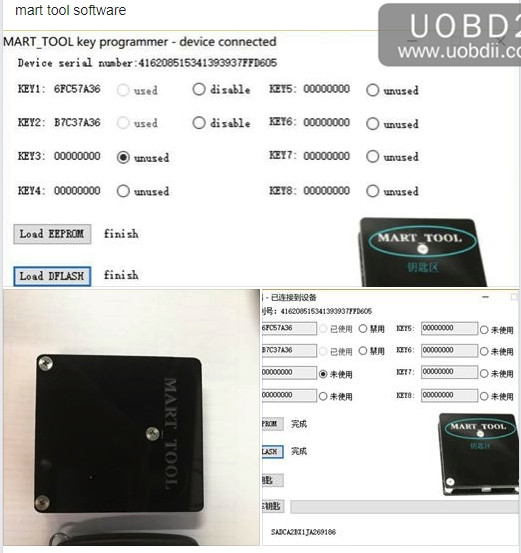 4.I just check with dump from forum. VVDI recognize as well.
I have 2 types key: PCF7945 Hitag2 + PCF7953 Hitag Pro ( Hitag 2 already programmed with LR Sport 2010 without issue by Truecode)

2/ When use 7953 Hitag Pro, VVDi detected and tell key not programmed with dump.

Now need test write key in real car to be sure if it work. 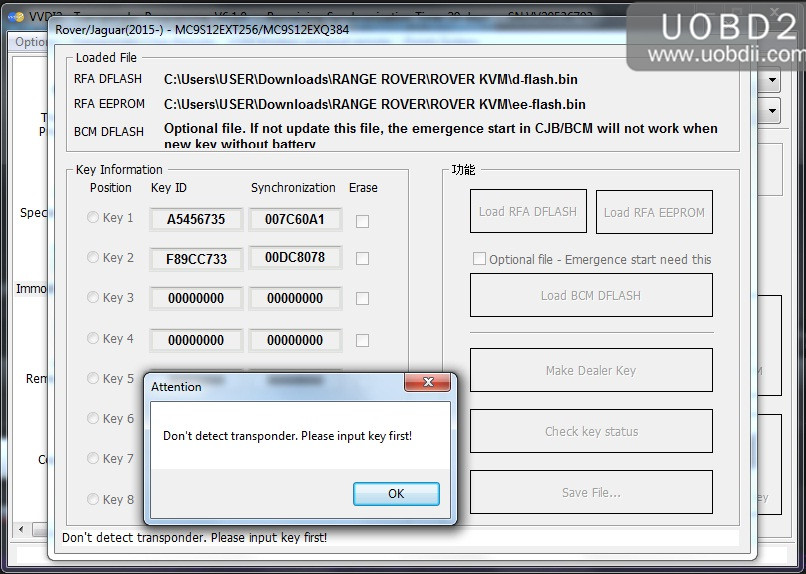 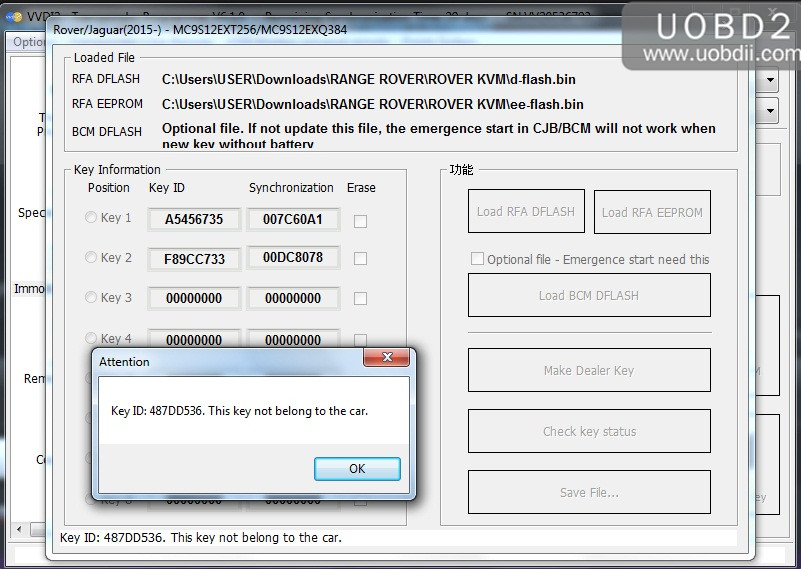 5.i never had to use vvdi2. To program range rover. Normally i use mart tool or jlr sdd

That means, if vvdi can do, so no need buying mart tool.

Yes mart-tool ok, but I can’t remember if it connects to server and need internet? otherwise there can be problem if server switched off.

Answer: Actually, it doesn’t use server or internet. its complete offline. very nice tool for its price. did test and got happy.