What test ok and what test failure. 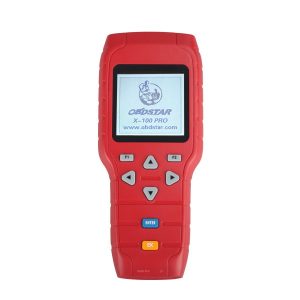 -Good tool for Honda. transponder + smart even all keys lost.

-Nissan leaf,Xtrail both are ok

-Toyota Hilux add g chip key easily. did one for all keys lost with eeprom adapter too.

– Reply from OBDSTAR engineer: actually it can work, after enter the password you are supposed to wait 10-20    minutes and enter the next step to go on. If failed, please update your device to the latest vesion.

-Reply from OBDSTAR engineer: Check the software version make sure you update the software to the newest version.

-Reply from OBDSTAR engineer: Please provide the data to your seller to check the protocol type and judge whether it is supported

4. Question: I have read this earlier about this issue:
Later Range Rover / Land Rover with their latest security patch from dealer.
Will destroy the flash in the BCM KVM.
Only way to solve it is to fix it with original dealer tool online. And good knowledge.
Or buy new modules etc. Quite expensive.
These vehicles done here, has not been updated with latest security patch?Or the X100 Pro has a new software which bypass this problem? I think AVDI has a solution for this?
Or you people, just taking the chances that the vehicle has not been at a genuine dealer.
Since it far away from any genuine dealer in the area.

Answer: if you machine fail at least 2 time to make the smart key.. you should not continue because all your previous registered key wont work anymore…

this thing happened to 2 person that i know. if you need to fix the problem you should go to company or with autologic scan that is very very expensive.

– Toyota Hilux 2009 G-chip. Adding a spare.. both chip and remote programming not work.

– Toyota Vios 2014 G-chip. Adding a spare.. both chip and remote programming not work.

real users reply: I think it is user problem. Your method is wrong as the instructions are not clear. So far never fail on Toyota before for me, I even use x100 to add H key and H smart (For all country)