Lonsdor K518ISE Real Test Reports 2018, thanks to the real users, and after this you can refer to the frequently asked question. 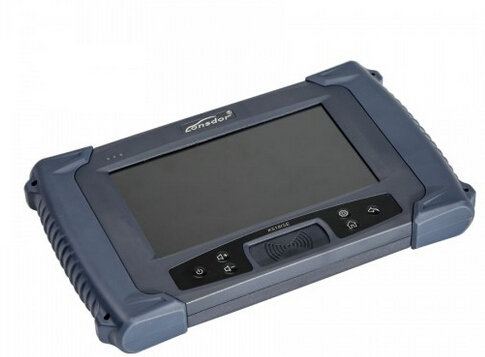 The making of a smart key for a ’14 Dodge Charger was fast & easy: the only trick was that I had to chose Journey from the vehicle list. Pin reading and programming was done in 2 mins.
’13 Jaguar XJ: smart key programming in 2 mins
’14 Jaguar XK: chanceless (only Abrites knows this car today)
’13 Megane III Ph2: no pin reading, asks for pin to be able to do programming.

’11 Clio III Ph2 Grand Tour: Nothing. No communication.
2 pcs Astra H: No pin; 4 pcs Astra G: No pin; and a Corsa C: no pin.
’17 Mustang Shelby GT350: It was harder to get out the rubber pad from the cup holder, than the programming itself. Smart key added in 1 min.

’10 Megane III Ph1 RS under one minute with hands free cards
’08 Dodge RAM 1500: it toke 5 mins to catch that it has to be programmed as it were younger than 2012. With that setting under a minute with pin extraction.
’07 E60 Beemer CAS3: The customer had a Chinese folding key with 315 MHz and he paid for just the trying – we told him that it won’t work – the only thing was that we had to re-activate the original keys. I think it can be done when you use the factory diamond 868 MHz keys.

Won’t work with the Transit Connect variants (small furgons), neither Custom, Passenger, Tourneo. Tried only 5 of ’em from 2006 to a 2016 Eco Flex – no communication, or connection lost after reading the VIN. You can try it as Focus and Fiesta too – the result will be the same. I’ve made the programming mostly with the SKP900.

– This system should be the same as GM Buick Hideo, you could have a try.

’15 Chrysler Town & Country under 30 secs with pin extraction
’11 Ford Transit (Normal big one) under 2 mins with AKL solution
Strange, but true: If you chose AKL @ Transit, then you can program only one key too, the difference is that the remote controller will be disabled, and the immo LED won’t switch off, but you can start the car. Tested @ my mates transit, worked fine with only one key fine for 3 days, then was the second key added, because he hated to open the backdoor with two turns to open direction on the driver’s door. When I added the second key, the remote began to work again (was added before teaching key).

I think it is a good tool if you have to deal with smart keys – if pin is needed and the Lonsdor can’t deliver it I don’t try again when i get the codes.

Today I have programmed a Chevrolet cruze akl, read pincode type 1 well, but there is a bug in the function of programming keys, akl it says programming error after the counter of 10 minutes, it can be done in the function add keys, it works correctly but at end enters an infinite loop and never ends. Just unplug the machine and complete the procedure. This is when more than one key to be programmed.

Question: Somebody tested Volvo key programming? Interested fact is te calculation data has ‘it’s term of validty’. I mean if we calculate data from CEM Lonsdor accept calculated file but if we try it next day, then device say wrong file and we need to calculate one more time. I havent chance to test on real car yet, now just plyaing with CEM units. But I wonder how they calculate those datas and why they expire

Answer: If you use other key programmer to read out the data, then K518 need to transfer, and it will have ‘it’s term of validty’. If you directly use K518 + KPROG to read out and automatically save into K518, then it won’t have the validty.

Question: do you know if possible to buy with shipping from UK? anyone can give link to tested seller

Answer: m.uobdii.com
This is a good company.
They ship from the UK.