I would like to know what you guys think of these 2 powerfull tools.
Which one is better and why ?
What do you use and what would you recommend ?
The price difference between the 2 is very high, so i am looking to know in what direction to go. 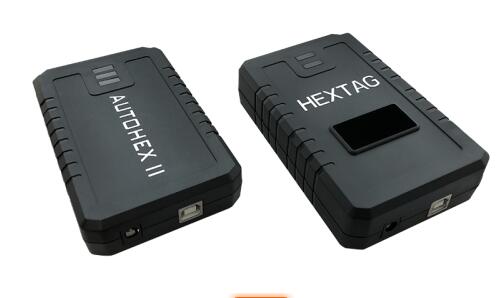 1.Interestingly I have been debating how to go too between the two. Unfortunately most reviews are not from those who have both. It is useless to read a post by one who has only one of the two rather than both because generally one praises what they have.

I have experienced Autohex failing to change vin on a CAS3 so I am sceptic about it. Neither does it support some older E series ECUs. Not sure about Explorer though. It is as rare as hen’s teeth where i come from! A one on one comparison, like for like function wise would be useful from a user of both, but such is rare! I bet no business would sink so much money in two similar tools. We are left to figure it out from biased reviews all over.

2.Well they both have have functions that the other can’t do. I have explorer and main reason for that is that I don’t need yearly subscription, with low info from Autohex side on this subscription I chose for explorer. And it never failed on me, also support is there not always instand reply but I can live with that. Also it is impossible to find a tool that can do everything….

3.Autohex II isn’t the favorite tool for old CAS systems. For FEM/BDC is better than Explorer (no need for extra tools). Due to the high costs I have Autohex II, a friend of mine BMW Explorer. To be on the safe side for old CAS I use also ACDP von Yanhua, nice and smart.

4.Have bmweplorer full with a friend, very powerfull
Can’t do everything but most of what you need
Need to buy buy separately key programmer to program keys
So, yes more expensive but more functions
I would recommand to you bmwexplorer

5.The main use for these Tools will be ecu repair and ISN numbers and from tme to time a key….I have other programers for keys so that is not a problem
Most important are dead ecu’s and having the possibility to read out icn numbers and program ussed ecus to cars.

I heard ACDP can do that, not sure about BMW Explorer

but AH-s support is good, they work hard.

7.I have both of them and if you do lots BMW you need at least one.

Autohex2 – Very friendly interface it will help you a lot. I using it mainly for the ISN job and the key making. It does more ECU then the Explorer eg: MEV1723.
AKL for most of E series you can do entirely via OBD. Downgrade the CAS never failed for me. Even so you can easy fix it with Autohex.
CAS3 replacement is easy and you can do it via obd or on the bench
Programming function is handy due to you dont have to waste the time for fire up Ista P or others when needed.
It comes with all required cables and adapters and clear instruction.
Support friendly, They will never ignore any of your questions via Skype, always help you when you get in trouble.
Yearly subscription – this is nothing new when you use proper tools. It will bring you much more benefits. All updates for free.

Bmw Explorer – another grate tool. It has more function such as reset mileage for the cars.
It comes with no adapters if you need to do ECU on the bench you need to make them self – so waste the time for me – and also purchase ECU Explorer
Software comes with the dongle ( annoying) Scanning F series it takes very long time crashing at the end so need to do all from beginning.
During the CAS downgrade it sometimes stopped in the middle of the process without no reason – support ignore – CAS dead.
Doing mileage reset on Mini it wiped the mileage completely so I had to fix the epprom…..uff, all dash out.
Bmw Explorer is twice more expensive then Autohex and is no for beginners. If you get in trouble support wont help you.
Anything you decide you still need some others tools as they both not doing everything. I hope I helped with my experience

8.In short this is unfair comparison, more details is below:
As we saw in the previous comments people are talking only on the  ISN function or the key programming feature. Although we believe Autohex II is more advanced in these 2 fields, please note that this is just 2 functions while Autohex II is a TOTAL SOULTION for BMW, I will sort some examples of what members here missed to mention:
– Individual programing/coding (based on FA calculation): When you do jobs in keys or ISN, problems may happen and I am sure you all faced such cases , you probably will need to reflash and encode the Ecu. Here Autohex can do the job precisely.
Using autohex is one of the safest way of flashing ECU’s in BMW models we have situations even when dealer corrupted ECU’s and autohex fixed it back to original state.
Also This function will let you replace not only used DME,CAS but any other module like KOMBI, NBT, EGS, ESP, Steering,… etc, I don’t think other tools have such features.

– Manual coding (also calculated from FA) and FA manager in autohex helps to do retrofits  in E and F series and modify ecu configurations.

– ISN tricore boot mode: Autohex II covers all DMEs/DDEs that are not supported by OBD in F series.

– BDM functions (for CAS read/write EEPROM/FLASH), this is a new function comes with HexTag (new tool for key programming and BDM functions), we start delivering new orders of Autohex II with Hextag instead of HTag Pro key programmer. This tool will read all versions of CAS (including CAS4+) without removing any part from the CAS.

Speaking on ISN function we don’t think any of the tools in market can EDIT ISN for continental ECU’s like MSV90,87,85 etc. in F series. you can name tools which can read isn from these ECU’s but none of them allows yout to edit ISN from these DME’s.so it shows Autohex covers a good number DME/DDE for ISN reading,writing even through tricore reading method.

Now on yearly subscription we are maintaining a good number of servers for online programming function and all other online functions in autohex, tools which misses online programming feature can avoid this.Through subscription renewal we are also giving extended hardware warranty which covers servicing of tool even after any number of years free of cost and about the technical support we don’t need to say anything customers has clarified it in previous comments.

With this yearly subscription we never charges even a single penny for each and every new features we release like EGS 8HP,FEM/BDC unlock, New DME ISN read/write etc etc, while other tools charge at least 2000$ of each feature.
so we believe all this clarifies what autohex has when comparing with any of the tool in market.

9.I though by now people have realized that Autohex is much better than explorer.

with my personal experience i will advise anyone to buy Autohex because i call it IDIOT PROOF, because it is the safest and most friendly and the support is always there.

11.BMW Explorer does have more features and has less chance of even to need support due to just functioning correctly. And yes BMW explorer has read write capability for ISN even beyond autohex which need support constantly.Just saying. Not that autohex is bad but it is lacking to the king BMW explorer in some areas. I explored whats needed beyond a basic tool for BMW keys etc and the Yanhau combined with a $3200 BMW explorer package has all functions you will need. PM me if interested in further details unfortunately needing tech support autohex is not in this package. In time I expect autohex with nice GUI and user friendly UI to catch up and perhaps maybe unseat the King BMW Explorer.

BMW explorer software isnt for the new user without training.The software is not UI friendly like Autohex. Only downside but I read all help files and practise before I try on clients car and so far everything works.

12.Well, after many months of deliberations and frustration with my chinese tools, I dived in. BMW explorer won it for me. I love the idea of incremental license. I choose what to add and what not to. I have yanhua mini, so dont need licences for N series dmes. Can use yanhua. Can use esys, so I dont need F series coding. Can make keys with yanhua too, or tango clone, BMW explorer also adds me key making E series free. When i need cas isn, i will use BMW Ex. Am excited. Watched a few videos of how it does EGS vin. Nice stuff.

A friend already has autohex anyway, so we will have between us an arsenal for BMW.

13.I also work with original BMW Explorer and ECU Explorer and have a lot of fun. Vasily’s team has laid the foundation and will continue to develop it in the future. For the purchased license you get lifetime updates without any additional fees. If help is needed I always get help.

BMW explorer software isnt for the new user without training.The software is not UI friendly like Autohex. Only downside but I read all help files and practise before I try on clients car and so far everything works.