Finally got my hands on one Godiag GT100 breakout box last week. Gotta say, it’s well worth the money!

Works perfectly as a BOB. Works even better bench testing modules. The test harness it comes with has enough power/ground/CAN/network pins to connect to everything I had on hand. I tested a ’13 Sentra PCM and an ’04 GM BCM with no problems. 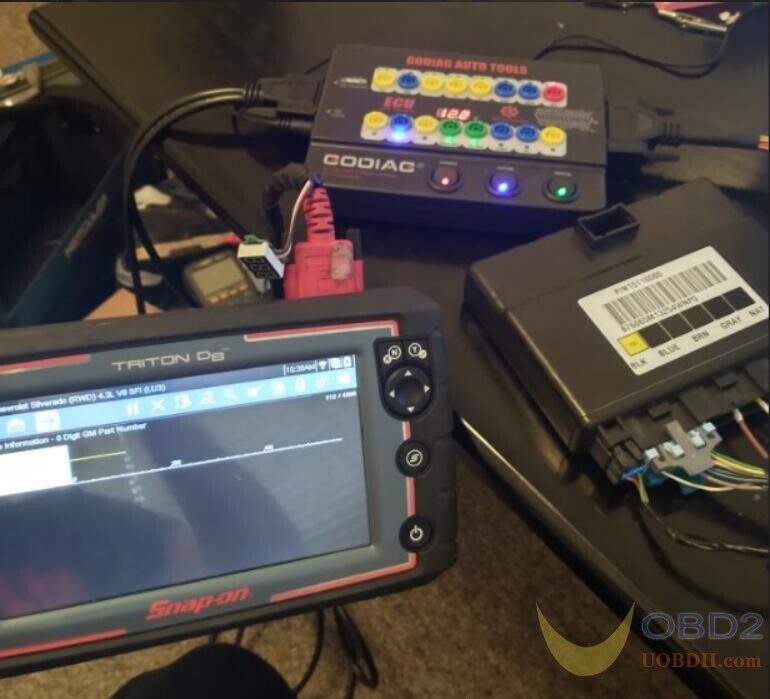 Godiag GT100 works very good both bench testing and in car/bob. Additionally, it is cheap moneywise.

It works well as a memory saver. I’ve done three or four battery replacements now with no problems.

My coworker has his own Zeus with the wireless dongle. After having left it in customers cars a couple times, he figured out the best way to not lose it was to leave the dongle connected to the GT100 and bring both along everywhere. Like a big “Remove Before Flight” tag.

A question on bench usage:

are you providing external power to the BOB, then pin out to the ECU and bringing only the ECU outputs you are interested in back into the BOB? Can you then hook up the scan tool to talk with the ECU as well as test outputs at the sockets. Would I be correct in assuming this is to eliminate any ECU inputs on the car causing it to fail.

And the user answer:

That’s a big one, sure. Another would be to do Bench programming, or to verify that an EEPROM repair worked as intended.

Alright, if you like the idea of Godiag GT100, that is the definite one you need over other ones.