This post begins with one car owner’s Euro version of a 2000 E39 523i and its ASC/ABS/airbag lights on symptoms, then followed with the BMW scanners advice.

For your use INPA will be the best, because of the ease of install, and simple repair needs.

Do not install anything on the disk that comes with that cable. You will just use this driver pack http://www.ftdichip.com/Drivers/CDM/…0Certified.exe, and then set up INPA.

You’ll be able to do everything to BMWs older than 2006 with that setup.

INPA (and friends NCSExpert, WinKFP, Tool32) is easy to set up, and very powerful to use for diagnostics and even programming, but it’s a little hard to navigate and figure out things at first because it doesn’t have an extremely easy user interface.

For the first beginners, or the technician who are not experienced with the retrofit and soldering mentioned last parts. The easier option is to buy one INPA K+CAN scanner with FT232RL Chip, it is plug and play tool without rework and soldering.

You will just use this driver pack http://www.mediafire.com/download.php?1329lmik8g0c7nc 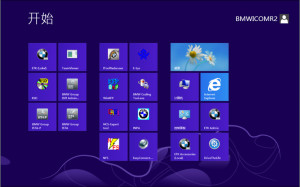 GT1/DIS – not available in the market

GT1/DIS is a huge pain to set up and run, dealing with VM and the slow speed of it. However it has a nicer user interface and easier to navigate, and GT1 /DIS is not available in the market in China so far.