This post collects all of 2015 and 2016 year Digiprog3 V4.94 mileage correction feedback from real users’ experience.

no sync problems no can filter needed

or cluster + can filter cable behind cluster to block cas. but digiprog can’t program 35160 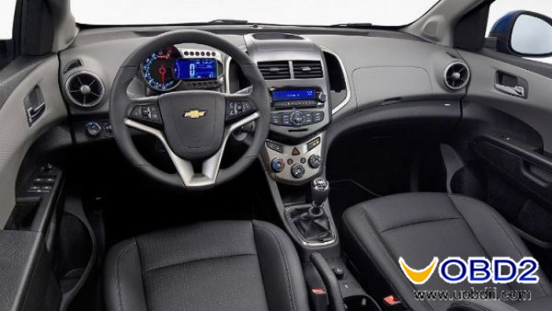 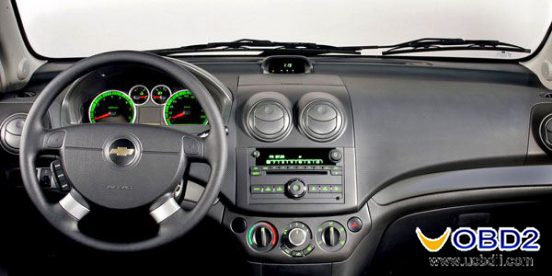 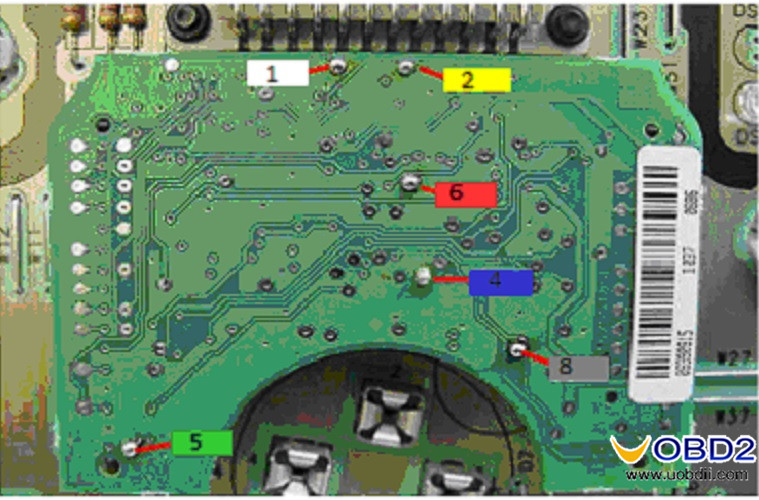 Note: that is the only way, you can’t do it with OBD with a Digiprog. Dash out in 60 seconds, takes all of five minutes to remove the board and solder to it and program it. 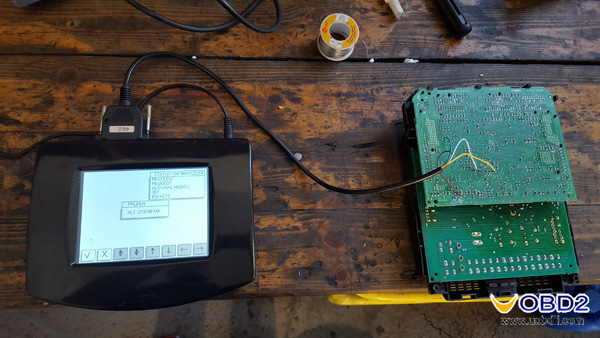 You can do dash with dash plug.

But you need ezs too, you can block communication by putting 999999 in dash put it back in the Car ignjtion on and ezs wil take 999999.

Than you put ori dump to dash and change like you want.

Color chart included to cross over to digi.
35080 chip, you need to erase first or use a new chip, don’t think digi will erase them. 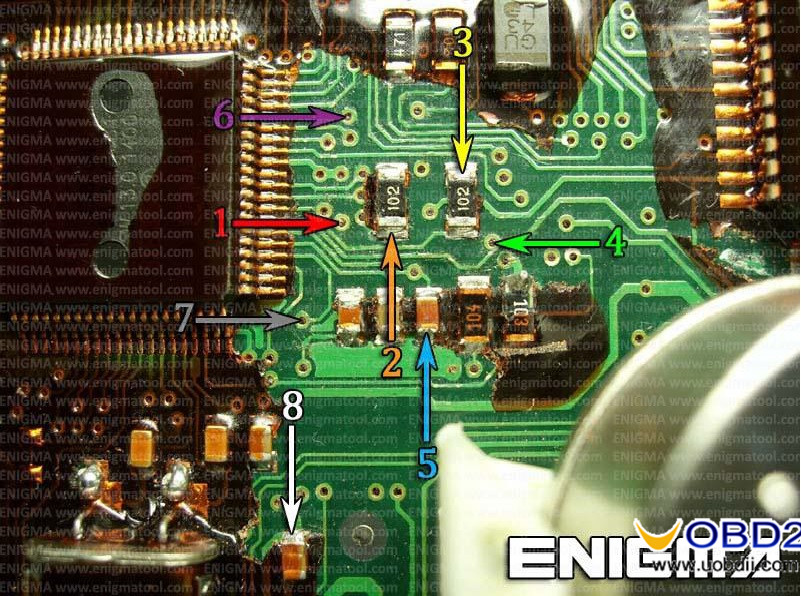 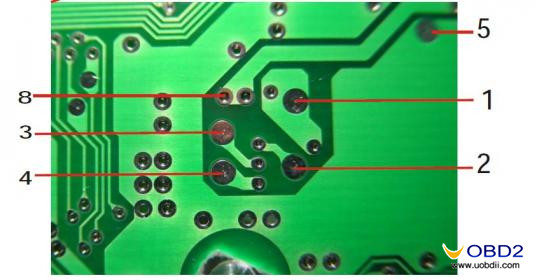 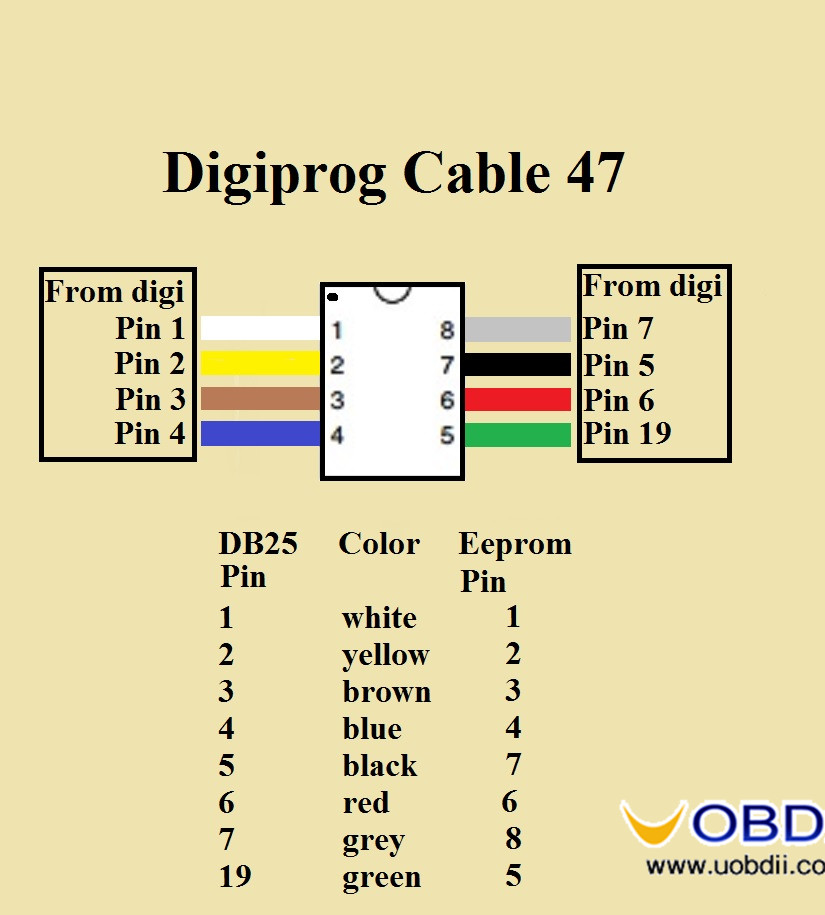 Q: Today has arrived my Digiprog3 from Ali. I tried, to connect to my car via OBDII (Seat Leon 1M, year: 2000) but it says with both option (diag, diag bosch, diag ECU): no connection. The cable was connected right, i’m sure.

Yesterday, I tried an Opel Corsa D with my digiprog, it’s semms like working.
Today, I removed my Leon’s dash, pictures attached.
Now, I’m sure, it’s a VDO dash. How can I connect directly to the odometer, with my digiprog?

t’s strange. I connected to the Corsa the OBD cable, and read the old KM.

But, the main question is the Leon.

I find on the motherborad, the memory chip: 93C86

If I connect with the clip cable to the 93C86, is there a chance to write that?
Attached another pictures, about my accessories. FYI, my cable is not bad because with an Opel Corsa, the digiprog working. 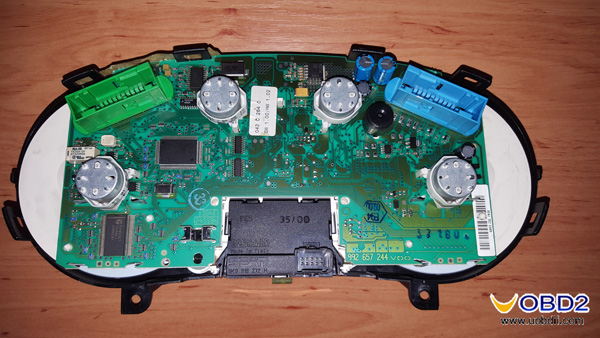 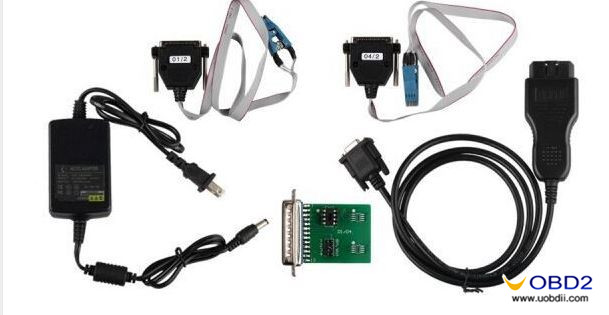 Desolder read and see what value it gives

FYI, 50% of digi not work on k-line……best is yanhua digiprog

A: For this car use ezs option!
The facelift model is not possible. so don’t try.

If you have digiprog 4.88 you also can do the full color screen of the w212. if you have 4.94 then you can do only black/white screen.
After correction do ‘fehlerspeicher’ to delete errors in dashboard.
Do ‘assist manager’ to delete service history.
if it is a diesel engine most times you get dpf error. and the car will drive max80kmh. until you reset dpf.
Remember: if you use the ezs option. digiprog will program 999999 miles in ezs. this way it blocks ezs-tacho synchronization.
it’s better to use a canfilter, this way ezs will have old mileage. of you use can filter you must use the ‘tacho diag’ option.

54 Q: how to work with the service mode?

A: make-it via obd. first time blocked on 0000 but second try it works. Second try I mean disconnect completely en retry, ignition off.remove obd plug put it back ignition on and try.when is ok you will see 0001-0002…..not stopped on 0000.

Q: I have a toyota yaris(2011), and I wanna change the mileage. But when I try to connect the Digiprog with the eeprom, it says “can’t find chip”.
I’m using connector 1, and keep the chip incircuit.

A: You have to look first wich eeprom on circuit my experience with some toyota that they use a smal 93C46 wich is not in the menu i wil give you an exempel i had to do a corolla verso 2007 in the menu it says if i remember 93c66 ichoose 93c66 i couldnt read “chip not found”i i looked closer it was a smal 93c46 wich is not in the menu of verso avensis i choose another option in the toyota menu with 93c46 i think it was celica and it could read chip the morality of the story look first wich chip itis on the board and from there work with it . good luck

dont remove nothing toyota always read on circuit look if there is an condensator close to the eeprom and shunt the legs. Don’t matter toyota or any brand always safer to remove for read/write eeproms

Q: Can digiprog work on this golf 7 dash – any suggestions what is ideal tool for this type of cluster via obd 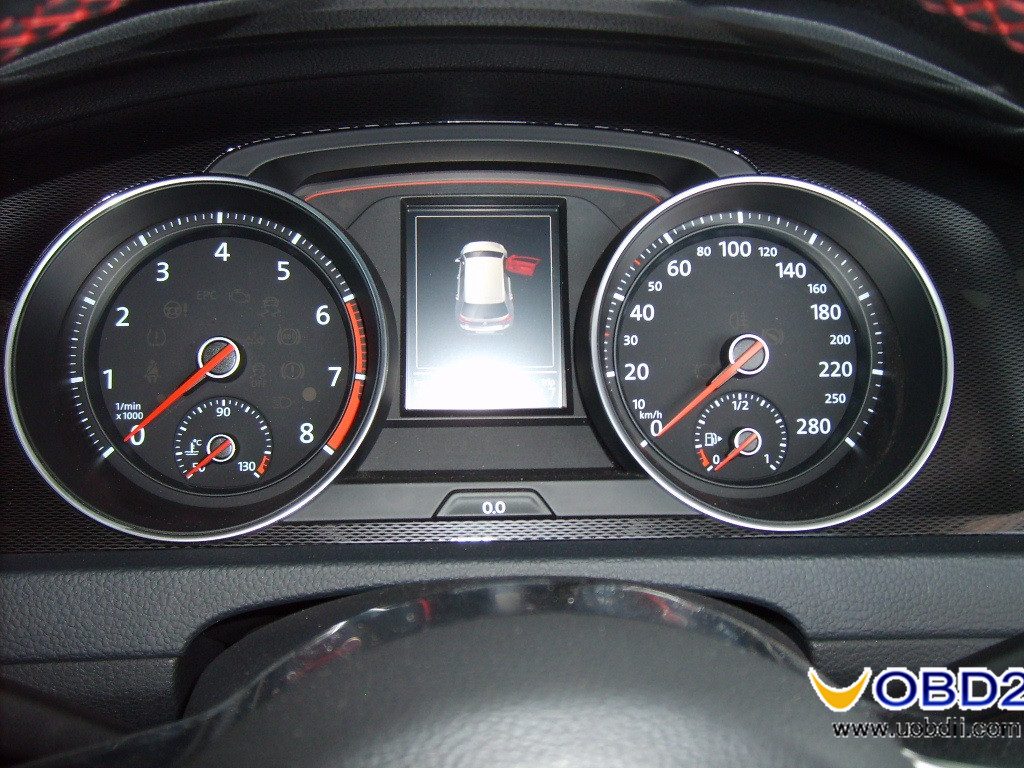 A: Smelecom can do golf 7 vdo dash but only certain versions. If it’s Johnson control then no tool can do

1 Hyundai I10 9S12HY64-use upa usb …digiprog can’t do it, Digipro can’t read D flash memory , so it cannot read and write this kind of mcu like Hyundai eon,Hyundai i 10 so use UPA USB can do it. 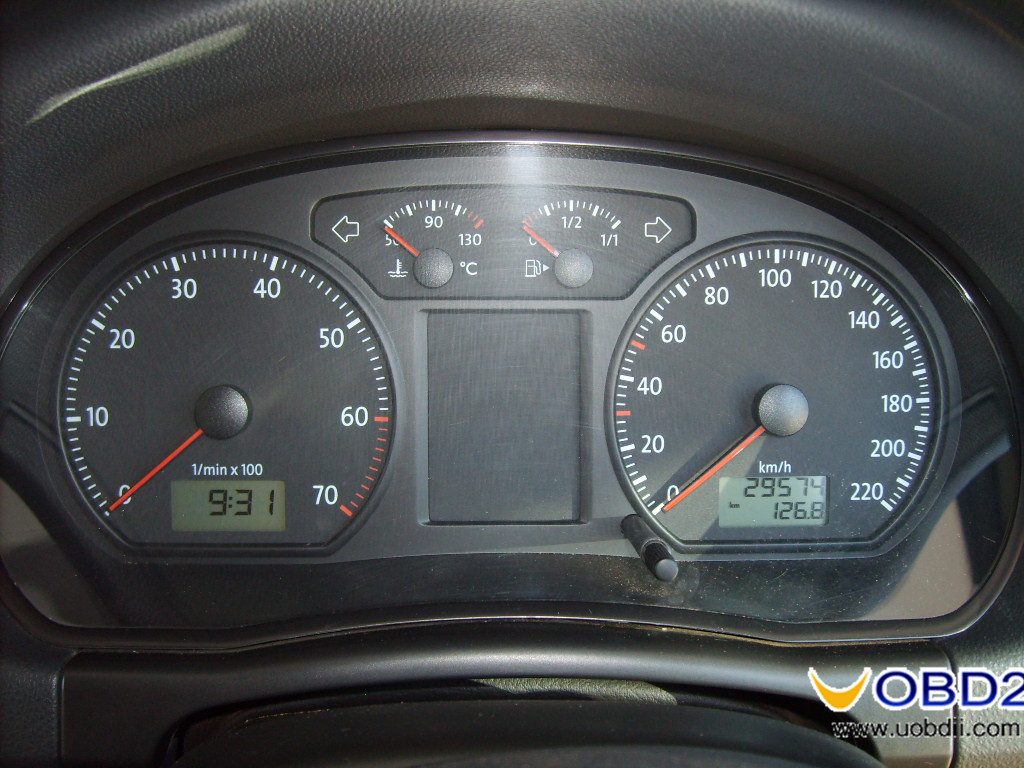 For read & write correct Mileage use 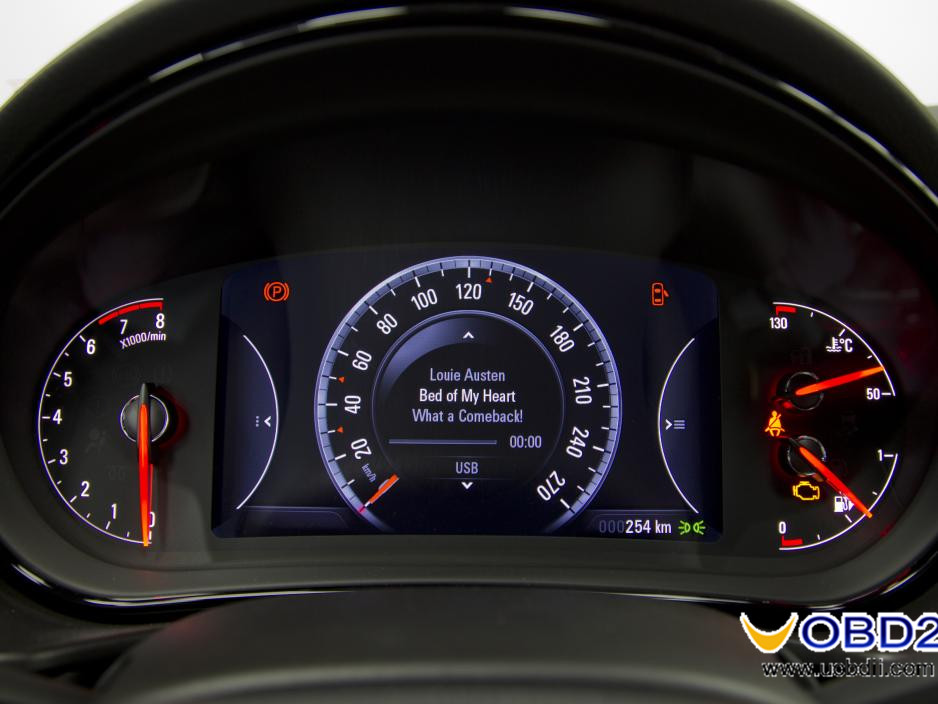 All eeprom on board …i did NOT try obd

Digi can not do some Golf 6 and Polo Dash by obd.

Digi can do only VDO dash Golf 6 by obd, not Magneti Marelli.