Today when I made a new key for a BMW X1 2004 which lost all key, encountered a problem that I have never dealt with before, to know the details, please go on reading the following parts. 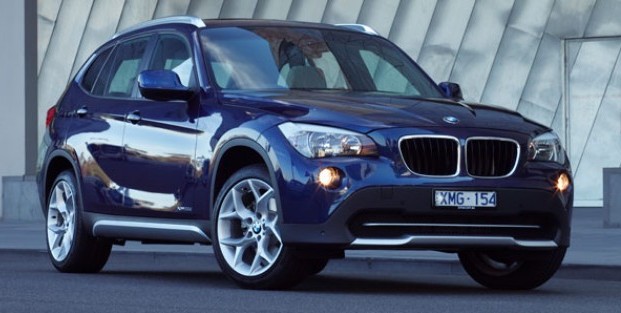 As we all know, to use BMW multi tool V7.7 to add key for some old CAS3. There are two situations:

2) owner lost all keys, locksmith needs to remove CAS to read data and import BMW multi tool, then pull and insert for 16 times.

Is the actual operation is exactly as the same as the theory?
Before I left for the BMW X1 owner garage, I thought it should be CAS3 or CAS3+, then I took a HU92 2 in 1 pick, BMW multi tool V7.3 and the tool for removing CAS, considering if it is CAS3+, I had to firstly remove CAS.

After I arrived at the owner’s garage, I quickly use HU92 2 in 1 pick to open the door, then without touching any button inside the car I directly connect BMW multi tool to the computer and the BMW X1, then to test whether it is CAS3+, next is to add the key according to the general way (the way to add spare key for CAS3 is as the same as that of add new key when all key lost), the whole procedure went fluently, it only took several minutes to generate dealer key and successfully start the car. Then the owner want me add one more key and match automatic key. Therefore, I asked the owner drive to my workshop.

After arrived at my workshop, I used IKEYCUTTER Condor XC-007 to cut key and asked the learner to add key, he took out the key I added and used the same way to add another one. However, he couldn’t match it. Then I found BMW multi tool kept prompting “Found no car key”, I had to remove CAS and backup data, then pull and insert for 16 times. I felt confused how it became to be CAS3+ from CAS and need to remove CAS?

Then I consult factory for solution:
They answered me: some people had the same problem with me, this CAS type is CAS3+, it is possible that after the car owner lost all key, he did nothing on his car, the car always hadn’t check whether the key exist or not after key lost, (in contract if anyone used to press the start button, and the car again check whether the key exist or not, then our locksmith won’t directly add key without removing the CAS), inside the CAS it stored the last information of start. Therefore, when all key lost, I can still program a new key by using the same way of adding spare key. But the next time we make another one spare key, we had to remove the CAS.

Tips:
If BMW all key lost, firstly do not press any button in the car after open the door, firstly try not remove the CAS, but to directly program new key directly via OBD, maybe it will save you much time and energy.