Autel MaxiCheck Pro is useful auto service tool for technicians and garages, It is based on Autel diagnostic platform, MaxiCheck Pro allows you to check the operating conditions of the Antilock Braking System, such as Automated Bleeding, ABS Brake Bleeding enables technicians and home mechanics to bleed air out of the ABS module and saves you time and money. Use this to first bleed the ABS module which will force any air into the brake lines. Then you can do a brake bleeding as usual. 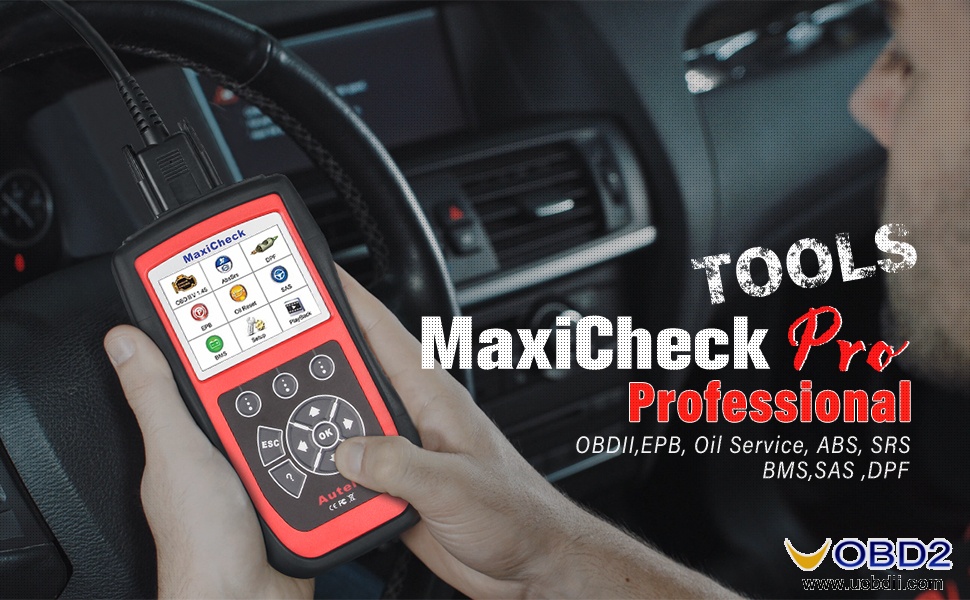 Very useful tool. Updating was kind of fiddly. Works to do a ABS system bleed on a 2004 Ford Thunderbird, which means it will probably also work on Lincoln LS and Jaguar S type of the same vintage. Overall very pleased.

I bought Maxicheck Pro mainly for the automakers function as I have a Hyundai Elantra that had soft brakes and multiple master cylinders replaced. I felt it always had air trapped and this tool helped fix my issue. This tool is very easy to use and I do recommend it. I have not connected to some of my other vehicles and I have not had to use the tech support either. If tech support is as good as the tool, then I wouldn’t be able to ask for much more. Great tool for garage mechanic.

The orange and black one did not work for an ABS bleed. This worked perfect. Good build quality, nice cable with intuitive menus. Did what I needed to in less than 5 minutes and never cracked the book. Well worth the money. .

Needed to bleed the ABS module on my 2011 Chevy Suburban 2500 3/4 ton. This Autel MaxiCheck Pro does have that ability. Big screen, easy to read. Works great. I’m looking for to using it more for other vehicles I own.

MaxiCheck Pro is a very inexpensive item that saved me hundreds in unnecessary so-called mechanical repairs from an auto shop. It helped me pass emissions testing where my car was only scanned for possible problems even though my vehicle is fine. I cleared the codes and I passed emissions in a snap. It’s very easy to use and only takes two to three minutes to use. I’m also helping my friends clear flag codes as well so the Code Reader has already paid for itself many times over! It’s a great bargain for the small price.