If it doesn’t require a lift or an engine hoist I usually tackle it.

I knew Autel had a great reputation for Euro import software and gave it a try. I wanted several of their $400 scanners but I just had issues justifying that expense. Benefit with those is you get tons of makes – downside is you pay for updates (usually at least $150/year). 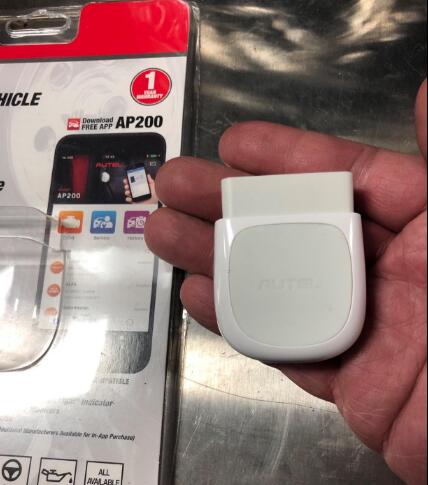 Autel AP200 code scanner was easy to set up and it’s really easy to use. It scans tons of modules and gets lots of live data in charts that you can easily manipulate the range, C or F, display type, etc.
Example: to change the trans fluid on this car (I don’t believe that any automotive fluid is really “lifetime”) you have to complete the final fill at a certain operating temp range – this tool will give you real time data.
Turbo spool RPM’s
Engine oil temp
Wheel speed sensors (these can cause all sorts of issues with these cars – if you have a bad one you can easily see because all 4 are shown at the same time on the same screen as you drive).
It can even tell you what door is open – I guess this is helpful if you’re having door contact sensor issues.

As far as I can tell Autel AP200 scanner won’t do any two way active programming (like programming a battery). So you can’t really change setting or program modules – like transfer case adaptations or setting/initializing window module settings.

Keep in mind I’ve spent a grand total of 10 minutes with this tool but so far it’s an incredible value for a majority of users that need live data and manufacturer specific codes. Even if you aren’t a home mechanic it’s useful to pull codes when the light goes on (or iDrive warning pop up) and do some internet research (there’s a button next to the code readout that searches Google for you) and educate yourself so the mechanic doesn’t just completely hammer you with lies.

WELL DONE AUTEL – this product was a long time coming and you guys nailed the value proposition. I’d have paid twice this amount for adaptations and programming but I understand you have to protect your pro level $1000+ scanners. But if you’re listening my wallet is at the ready.

I’ll update this review as I learn more about the tool. But so far I love it.