An important update announcement: DPF Reset function is added to V8.3 VPECKER Easydiag OBDII Diagnostic Tool! Many customers need this feature, if you own VPECKER Easydiag, just download this software for free. 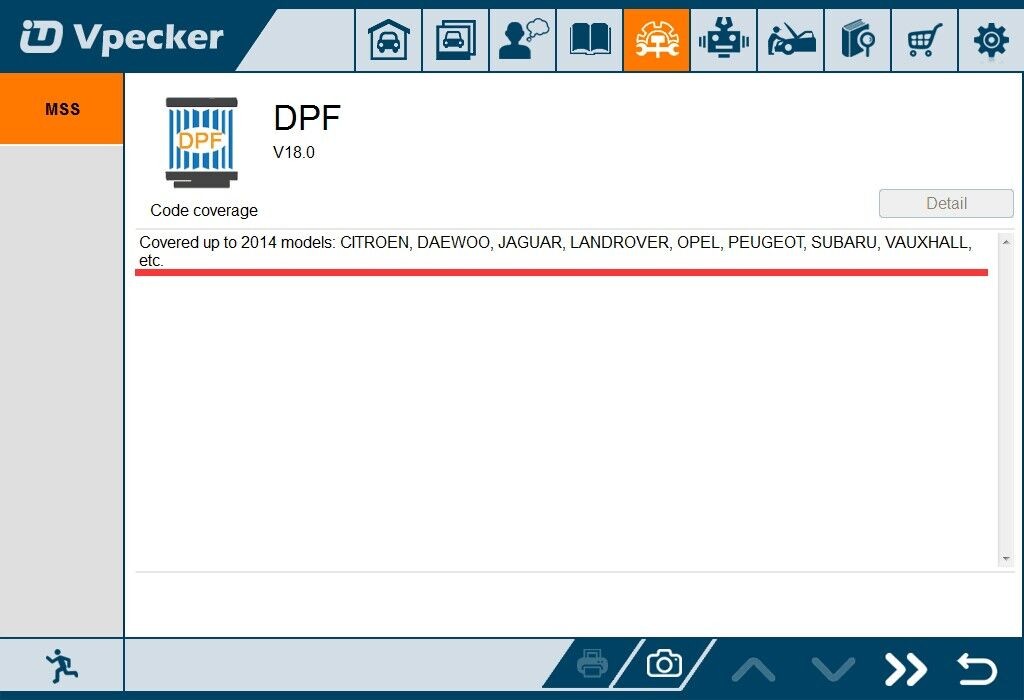 Enter online store-> MSS-> DPF. It may take some time to download the software, due to your network speed reason.

VPECKER Easydiag have bluetooth and wireless version,and we make compasion table ,if you want to know difference click below article to read.

What is difference  between VPECHER Easydiag Bluetooth and Wifi version

Something you should know about DPF!

The Diesel Particulate Filter (DPF) is part of your exhaust and controls the ‘soot’ that would otherwise be expelled from the system. You may have noticed that modern diesels no longer leave you in a cloud of smelly black smoke when they accelerate off. The filter collects a certain amount of these harmful deposits and then burns them off at an extremely high temperature (450 C+), however, short, stop/start journeys don’t get the system up to this extremely high temperature, in normal driving this will happen without you being aware but on continued driving the particals can build up and remain ‘stuck’ in the system. This is really do harm to your precious car engine. It’s at this point the warning light will come on and your intervention is required. Under this circumstance, Do not continue to drive as there is a risk of fire!

The DPF light on your dashboard looks like this: