Thought I would post this in case someone else is having a similar problem and can’t figure out how to fix it.

A couple of weeks I got a check engine light. The dash lit up while I was driving and when I got home a scan showed that it threw codes P0301, P0303 and P0305. Miisfire in cyliders 1, 3 and 5. All three on the passenger side. Car ran fine, no weird noises, no noticeable performance issues, and no rough idle. I cleared it and it would come back 10 miles later. I inspected the spark plugs, ignition coils, O2 sensor, cleaned the MAF, and checked anything else I could think of.

I was at a loss until I decided to run FreeSSM while driving. I noticed that this time a new code came up that I haven’t seen before, P0014. The code read as “Exhaust Active Valve Contol System (AVCS) System 1 (Range/Performance)”. 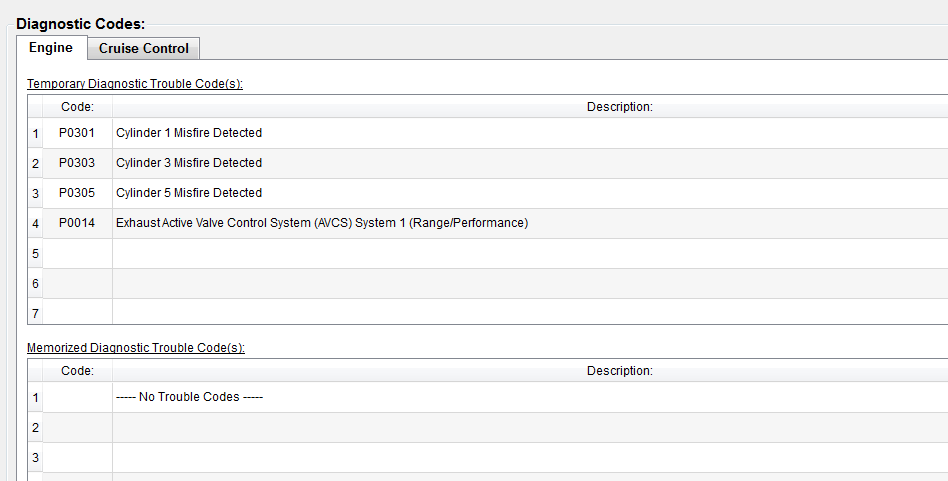 This was new and I thought that it’s probably not a coincident. Interestingly enough it cleared itself and I wouldn’t have seen it if I didn’t have FreeSSM hooked up while driving. So I did a little research online and found this diagnostic procedure. 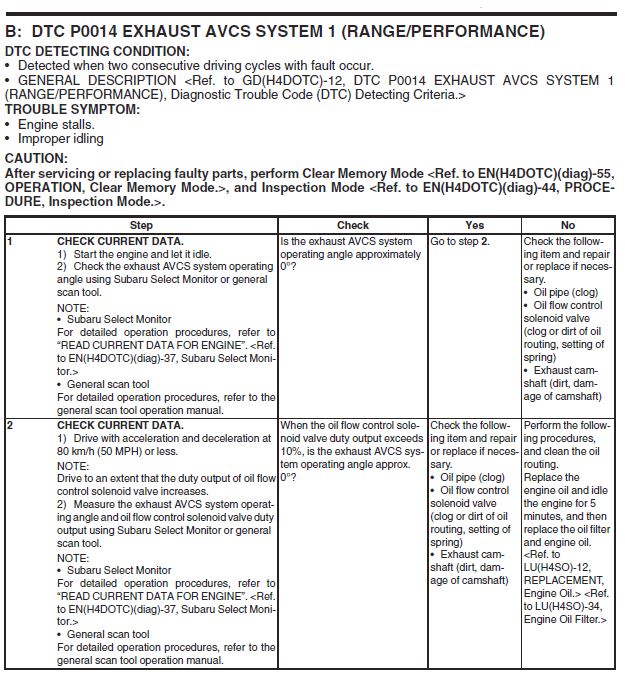 I followed the directions and ran FreeSSM with the following measuring blocks;

I checked both left and right sides and compared them. From my understanding the left and right angle should match. FreeSSM showed that while the left angle moved up and down as the RPM’s did the right one didn’t follow. It would either stay at zero or suddenly jump high/drop low. You can see in the picture below the left is at 10 and right is at 0. They should have both been at 10.

I decided to flush my engine oil according the the procedure and clean the right exhaust side OCV. I took it out and it appeared fine. It moved with no issue and it’s resistance checked fine with my multimeter. I cleaned it with brake cleaner and popped it back in. The check engine codes came back within 10 miles. FreeSSM showed no change. I went to my dealer and got a replacement for $80 bucks (part# 10921AA190). 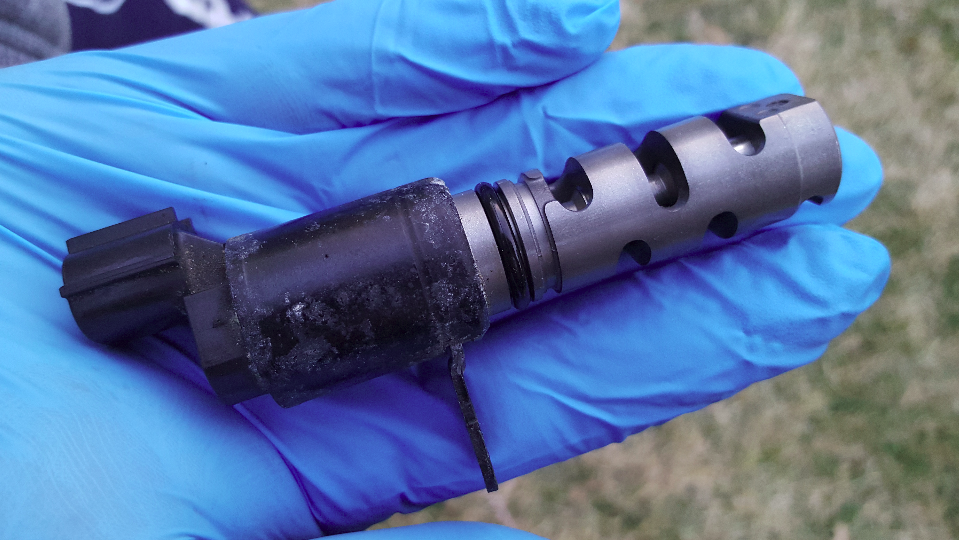 I test drove the car with Sabaru FreeSSM running and the left and right angles matched almost perfectly. They finally stayed within a couple degrees of one another. I’ve been driving the car and no check engine light so far.

As far as replacing the OCV it’s very simple. There’s four of them but this one is on the bottom of the passenger side of the engine, right below the spark plug coils on that side. It’s attached by one 10mm bolt.