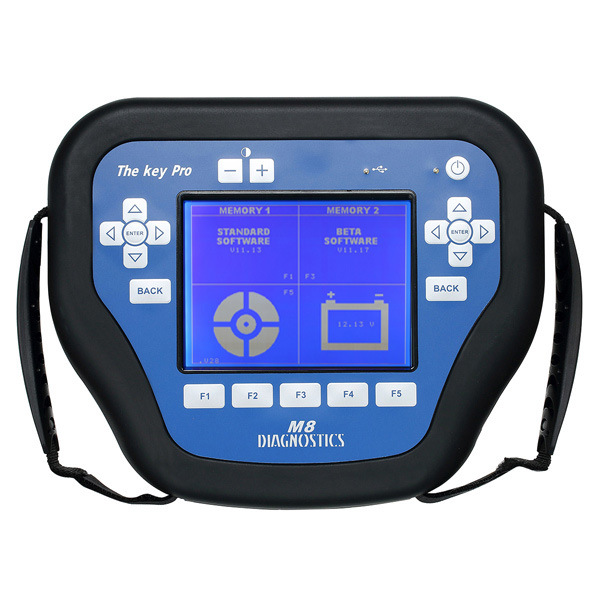 I was lent one key pro m8 for 4 weeks, everything I tried with it worked flawlessly as the original, im not a lover of clones nor will i ever be , but keyprom8 is by far the best of the bunch in both proven coverage and ease of use .
ford up to 2010 was excellent even has pats bypass fully working as the original , a real time saver on 4c models , nissan worked well as did vag renault and peugeot , though you must bear in mind it has the mvp pro functions of 18 to 24 months ago , so anything released since then wont be on it and further updates are unlikely , not the latest vag or ford functions , so wont do precoding on vag and wont do ford 2012 on , the rest is pretty much as the original , i couldnt fault it sadly , id have rather it been a croc of shit , sadly it was decent kit that worked.

Ad did a good job of protecting the new releases thus far, so not as up to date as original , but still a lot of coverage .

With go diag t300 + , ci prog , x100 etc etc etc etc , what coverage does skp900 have that these do not ? Enough to warrant the price ? I look at all these units and they all seem to have similar coverage, keyprom8 stands out head and shoulders above rest because of what its a copy of, the sheer volume of coverage it has .

Downside of course is the tokens, despite being cheaper tokens, it’s still token based, key pro m8 doesn’t take tokens on that many cars for pin reading, though ford and Renault it does on all. I doubt any other clone comes close on overall coverage and pin reading is good too, but those damn tokens

key pro m8 doesn’t take tokens on that many cars for pin reading , though ford and Renault it does on all .
Tokens are a pain but cheap, buy 50 tokens get 150 free at present , buy 100 get 300 free , thats alot of tokens making it very cheap to use compared to original , thats around 2usd a token only , is this big token sale a rush to sell before they release token free system , or are AD close to shutting them down so selling all they can , who knows with china.

While neither are ideal as an only device but both have their uses if you are saving tokens.

its nice to think that the skp900 and x100 will reach the coverage of  the key pro m8 as token free , though i believe this will be a long way off as yet , 3d stocking it means they have seen a potential in it , maybe know something we dont know yet , they are no fools and them stocking it means that their will be a long term aspiration or plan for it and a potential .

interesting times ahead as the chinese seem to be slowly shifting from cloning to developing , which will make the market an interesting one .