I bought a £60 used Win 10 Tablet/Laptop, installed Virtual Box, installed his image, got a mongoose cable from the OBD Shop (that arrived in 2 days), plugged it in as per the following instructions, said yes to the new hardware box for the mongoose, all OK, started SDD, stumbled around a bit then programmed the injectors, read the codes back and all good.So once again thank you ever so much for making this so nice and easy! 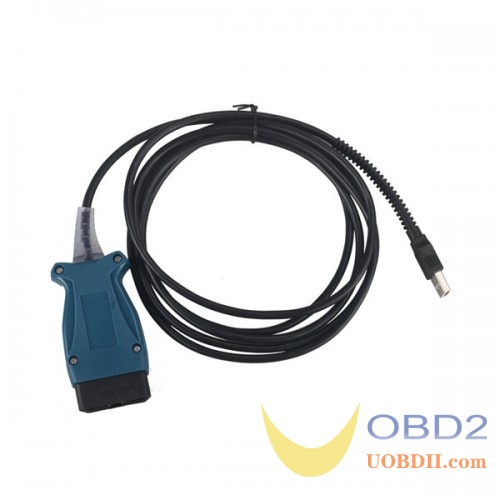 The reason we use XP for the VM is because it was built for Windows XP, and as you have experienced browser based.(this is the reason it is slow, not the OS). You will not get the mongoose drivers to work (or SDD) under windows 10. The two systems are totally different at the core. You can install natively on windows 7 under XP compatibility mode. But as a VM your just increasing the workload on people’s systems running two OS’s on possibly older hardware. This is why XP is a better OS for a SDD VM.

(There are trimed versions of Windows 7 that you could try to save space, but I’ll leave that for you to try)

SDD 130 is known to have issues with IDS and that is the reason most garages kept IDS 125 when dealing with the older cars.

Every case off issues from my SDD not working has been from the User. I really don’t know how I could have made it any simpler? Everything is there from auto flashing of mongoose firmware (one off, if not the biggest issue i found with connection issues was because off new cables being loaded for SDD 145)

Both 130 and 138 work well for what they are. Free and garage level diagnostic software in an easy to use package that many people have been using for up to 2 years before I posted here including myself.

IDS 125 as stated was just made into a VM. Any crashing could well be inherited from the software, VM or natively it could well be the same.

“Additionally, setting the date works without dependency on host OS, so that is a big plus. It is annoying to have to set the clock on main machine due to limitation VirtualBox.”

There is a Auto Bat file that sets the date automatically installed in my Image for version 130. Look in the \Documents and Settings\<User Name>\Start Menu\Programs\Startup folder (been a while!). Its just a text file! Open it up in a text editor and see how easy it is to auto set date and time!

“The WinBox installation you provided seems like it doesn’t have IDS installed at all, as it doesn’t start.”

SDD 130 is known to have issues with IDS and that is the reason most garages kept IDS 125 when dealing with the older cars.

“I also tried v156, and it worked fine”
The issue with later versions is that JLR realized that if all the needed files to do high level changes and repairs to your car were included in what could be possible hacked versions of their software. So that is why the most important files for programming are download as and when needed. Justifying the paid monthly subscription. I think 138 was the last version where everything was contained in the complete install.

“I am just playing with VmWare image IDS and the CPU is working at about 5%, idling essentially.”

Now that is interesting. Have always used Virtualbox so not tried any other VM software. Is this with a modern CPU or something a little older?

“I could post VMWare image online for you to try?”
Unfortunately don’t have much call to use SDD that often, but post to the forum (With warnings its a work in progress and you take no responsibility if anyone use’s the software!). Let people test it in real work environments as more options is better than just mine. They will give you feed back and help to improve it.

Activated, not tested with interface.

Please use Vmware 15 , when open first time click I moved.

The advantages are simply that you don’t have to spend hours installing on old past their prime laptops with dodgy batteries liable to die while your flashing something on your car. Also i have included Mongoose toolkit in the VM that will auto flash the correct firmware into your cable for the version of SDD your using.

These can be ran on any system that can also run Oracle’s Virtualbox. That includes Windows, OSX and Linux machines. You don’t need a particular beefy laptop either.

You should see your mongoose in the white panel in the configuration menu. Select it and flash firmware.

(It will send the right firmware to be compatible with the version of SDD you are using. If you use a different version of SDD. It will flash whatever one you need)

(Also there is a password.txt on the VM images desktop with it)

Is it plugged into the car and laptop?

Is the car ignition in position 2?

Did the mongoose configuration tool flash the firmware?

Did you activate USB in the image?

If you followed all my steps to the vehicle identification number (VIN) screen. The read option should be coloured. Select it and it will retrieve your VIN, and then you’re on your own adventurer! Good to know: it’s risky!!!