MHH Poll: Compare about IM608 from Autel Maxisys Elite and Obdstar DP+ and Lonsdor 518, which is Better? 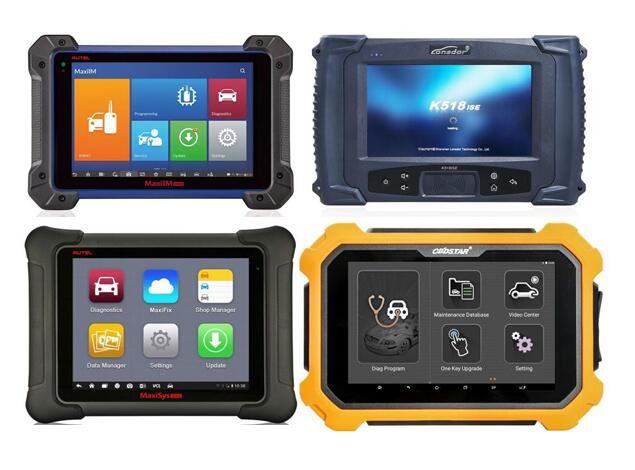 I own the Autel MaxiIM IM608. I purchased it because I wanted to do more key programming. My first vehicle I used it on, was a 2015 Fiat 500 NEC MCU in BCM. I could not find PIN in NEC, I was able to read with VVDI prog. So I purchased the Autel IM608, it was able to read pin no problem. Went to precode the transponder (Dealer key would have worked no problem but I was using aftermarket) and the IM608 would not get the needed information from IMMO (said Failed, Locked BCM, had to disconnect battery to regain communication).

So I called Autel support (China) I tried Autel USA but they didn’t seem too knowledgeable. Autel support china within minutes could see the error on their server, they sent me Beta software for IMMO_FIAT to attempt and solve the problem. It worked perfectly.

All other vehicles I have tried have gone well, I was curious about Incode/outcode in newer fords. It programmed a key on 2018 Ford transit no problem, didn’t ask for any pins or incode/outcode.

I only purchased the Autel because I have their Maxisys Elite and ADAS frame and I am very happy with their tools. I have never used a Lonsdor or OBDStar so I cannot comment on their performance.

Is it a rookie tool? Nope, if you’re a rookie you’ll probably be frustrated. But if you have basic EEPROM and MCU skills / Locksmith skills id highly recommend it.

what is better will depend on whether buying xp400 with im508 or not or any other add on , and what extra model coverage you require to complement what you have now , i.e. if Mercedes is a must then im508 but you will need xp400.

Both tools have the strengths and their weaknesses , their success and their fails , we can all state what tool fits our own needs best but this may not be what fits your needs the best , no one can honestly advise you without knowing what coverage you hope to gain.

Both have their hits and misses , I have an Autel im608 which so far has been excellent , not just on Mercedes , did a 2020 ford prox with it but failed on a 2016 transit with it , on Fiat it’s doing very well on Nissan too its excellent as is Hyundai and Kia , but I have AVDI which is flawless on PSA , Fiat , Renault , Nissan , Opel etc , so I don’t use im608 on what avdi does flawlessly.

I like the im608 for the extensive Diag options over im508 , very useful at times.

I would imagine both lonsdor and autel have similar coverage , both better than the next on something , lonsdor has similar coverage to obd , but autel for me are looking sharper with the updates , though no one can predict the future.

I have OBDSTAR x300 dp , with RFID and EPROM adapters, I’m really happy with it , never had any problem.
I made several keys but mostly I use it for mileage correction. Anyway to do locksmith job u need other tools not just one of these posted here.

If you are considering to have one OBDSTAR, it depends on what main job you want to do, they have newest ODO Master for mileage correction and X300 Pro4 for locksmith. Their price is half of OBDSTAR X300 DP Plus.

It works good with Maserati key programming as well.

I’ve done BMW FEM/BDC All keys lost. (It was easier with Lonsdor than Autohex and VVDI).

Videos on how to operate Lonsdor K518S on various car models: