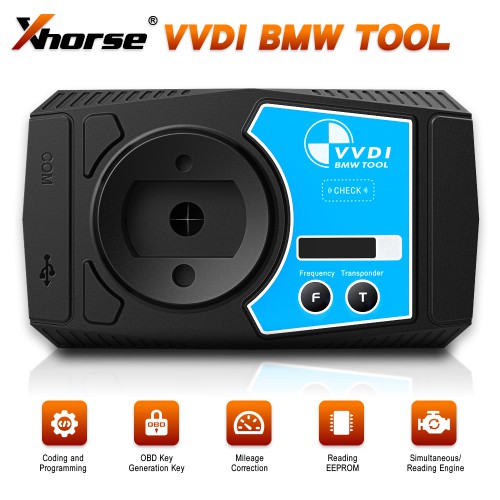 -> I was able to connect and code the test kit I built with cas3, kgm, kombi, ahl, where communication is via d-can cable. I was able to code two controllers and program the meter. In fact, before these activities, the program downloaded data from the internet. Today I tried to connect to E83 and failed, and should also code this car. We managed to change the mileage in CAS3 + through obd and change the mileage from read m35080v6 memory. For now, I have not tried to do more on the car.

-> I think that key programming is well done because vvdi2 has had CAS3 ++ keys for a long time.

Got the vvdi bmw tool and for now I did two keys – one for E63 CAS2 and second for E87 CAS2. Both without problem, 3-4 minutes job, but actually, this is no big achievement .

In F15 it reads FA and coding properly, but can’t recode. Also, after loading dump from EWS3 it shows that mileage is 0km – of course not so big problem.

New Version 1.50 ready for downloading since yesterday ! A few changes.

on F series i discovered that anytime i try to code a unit the sw crash. cas2 key add via obd tested succesfuly.

Which can fix the software bugs.