So, I’m sure a lot of you have heard of FreeSSM, and have seen the last official build running around Here.

For the Uninitiated, the TLDR: FreeSSM is a tool that allows you to read/write(basic) Information from the ECU and TCU from your subaru, The last post I can find points to the years 1999-2010. This includes ECU and TCU (OBD-II) codes, and the manual firing of tests. It requires an ” ISO-9141-2-/ISO-14230-1-compliant (K/L- and KK/L-)” cable/interface to work with your car, I’m using This one, YMMV.http://www.uobdii.com/wholesale/subaru-freessm-car-fault-code-readers.html

The last publicly available build is 1.2.5, which was released in ~ 2010, The last 7 years however, it’s seen a number of changes thanks to it’s open sourced code, which can be found Here.

I aim to walk you through building this source code on an Ubuntu Linux install (I can make a write up for windows in a few hours, just need to get my hands on a windows machine.)

Open a terminal window, This is Ctrl+Alt+T on a stock unity install.

This can be accomplished with:

They will have a few dependencies, that’s okay.

The next step is to clone the source code into a directory. I like to have a git directory in my home folder.

It will download, may take a few minutes based on your connection speed.

This will take a little bit of time depending on your hardware. When it’s done, a folder will show up in your home folder, mount it.

and run it with sudo so it can attach to the cable. 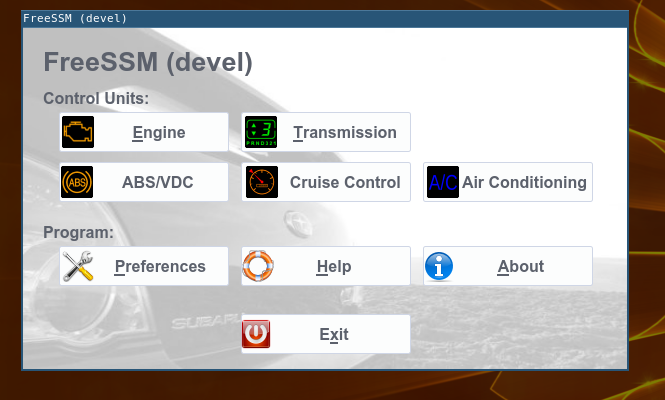 edit: formatting to try to make it easier to read.