Note: ALL files about 07.2017 Mercedes diagnostic software is a copy version for share; never tested by any professional. You may run it possibly with high risk, but no one but yourself should take responsibility of it. If you wanna work with a safe version, try 05.2017 XDOS tested successfully 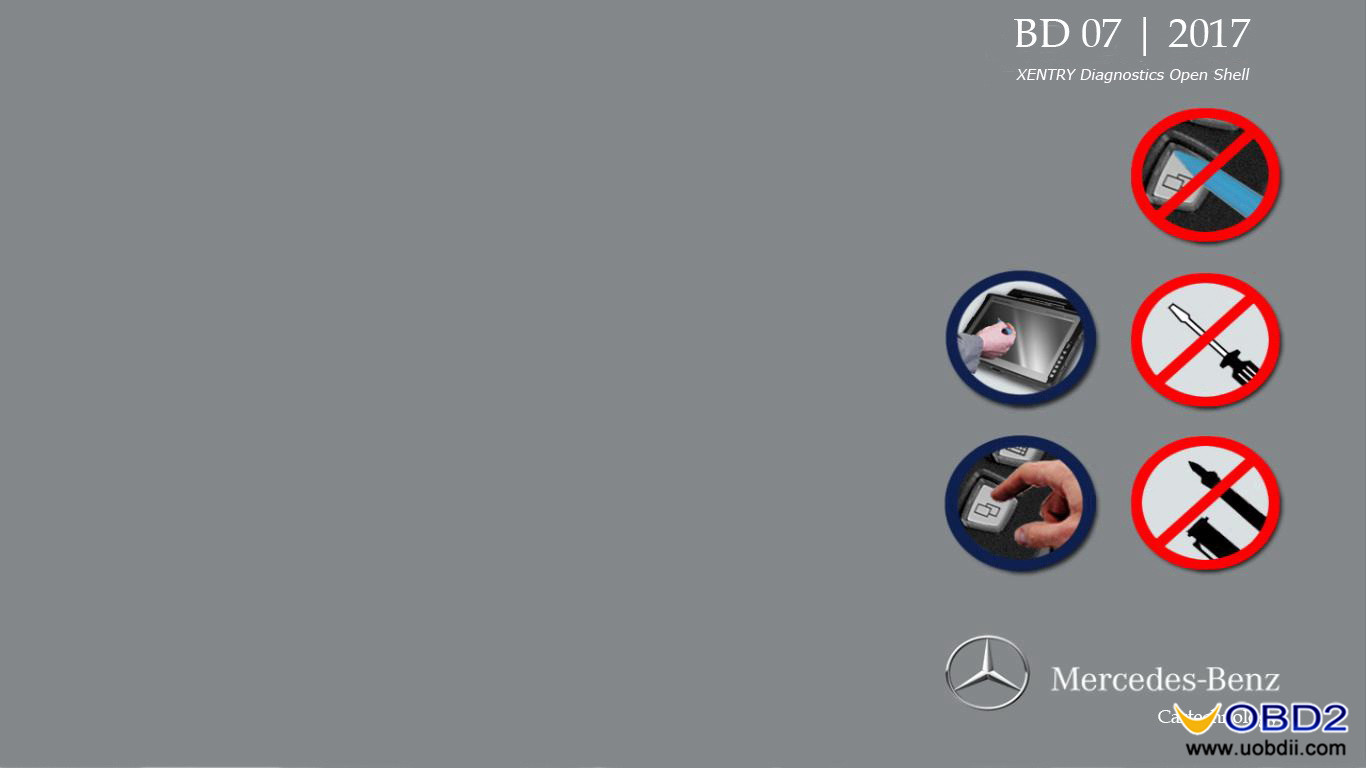 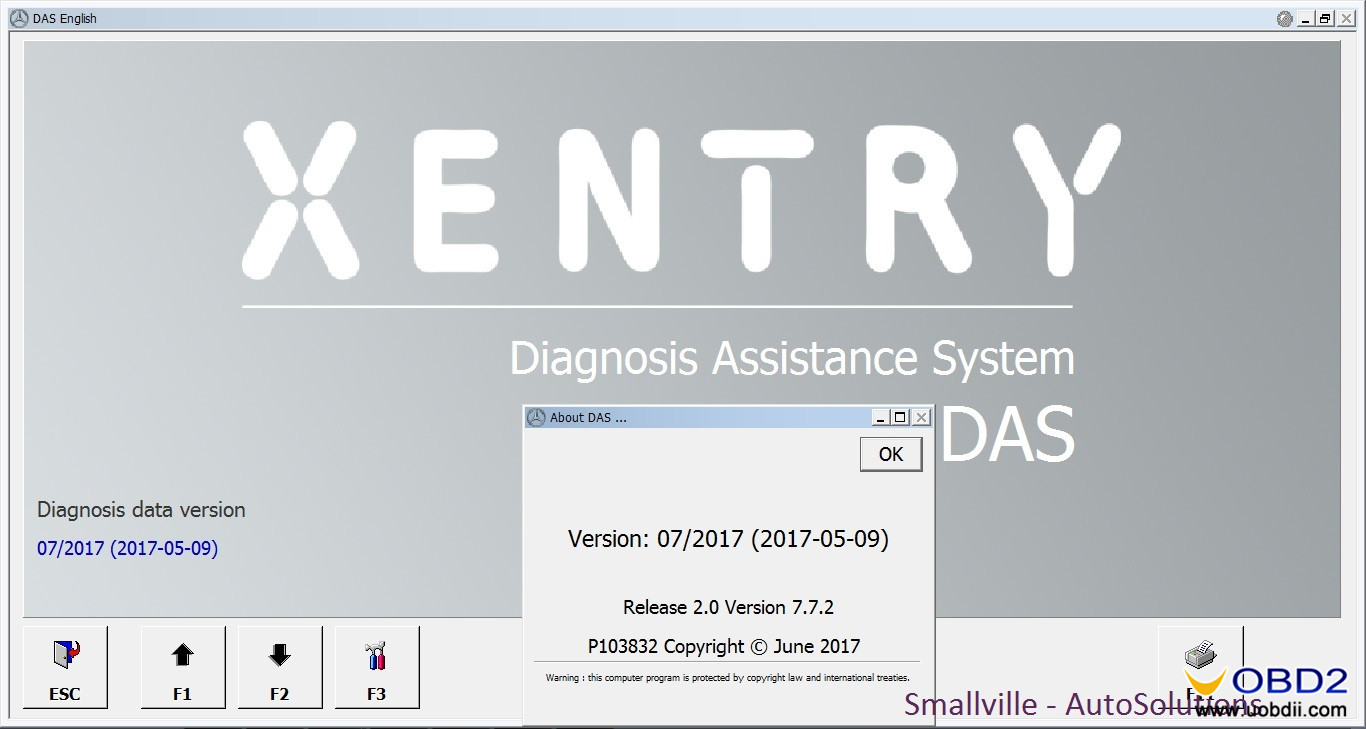 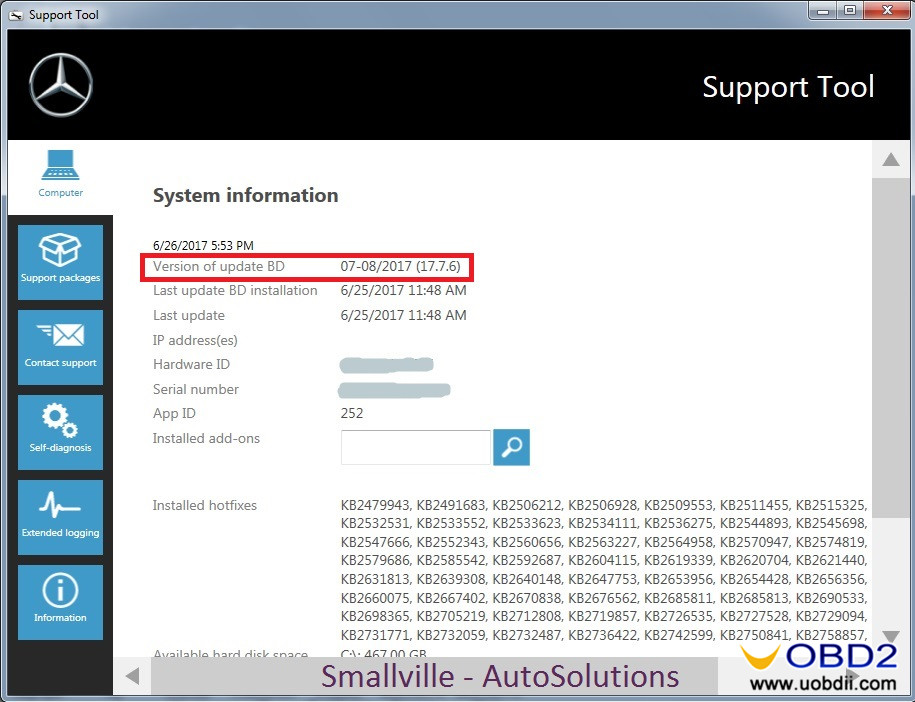 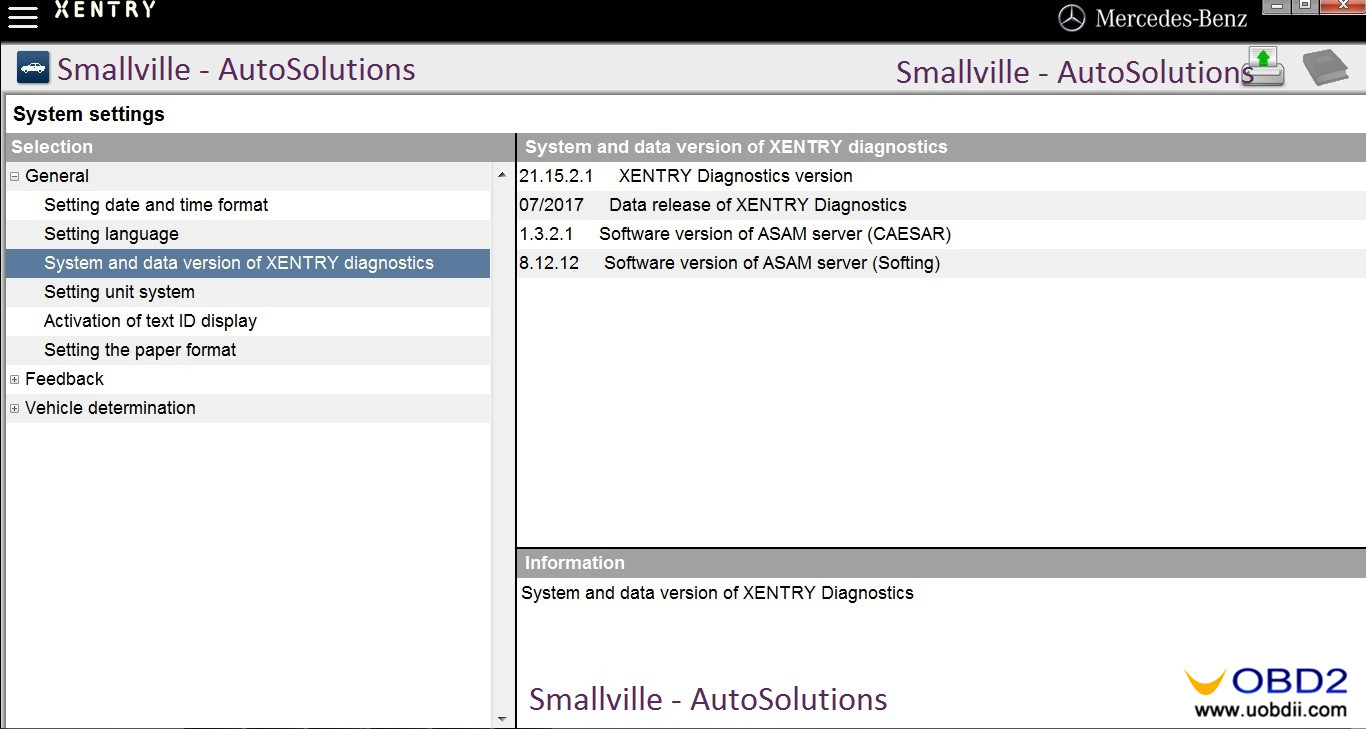 For sake of safety, you are advised to use Mercedes software version 05.2017:

* both versions tested by professionals working for uobdii.com. 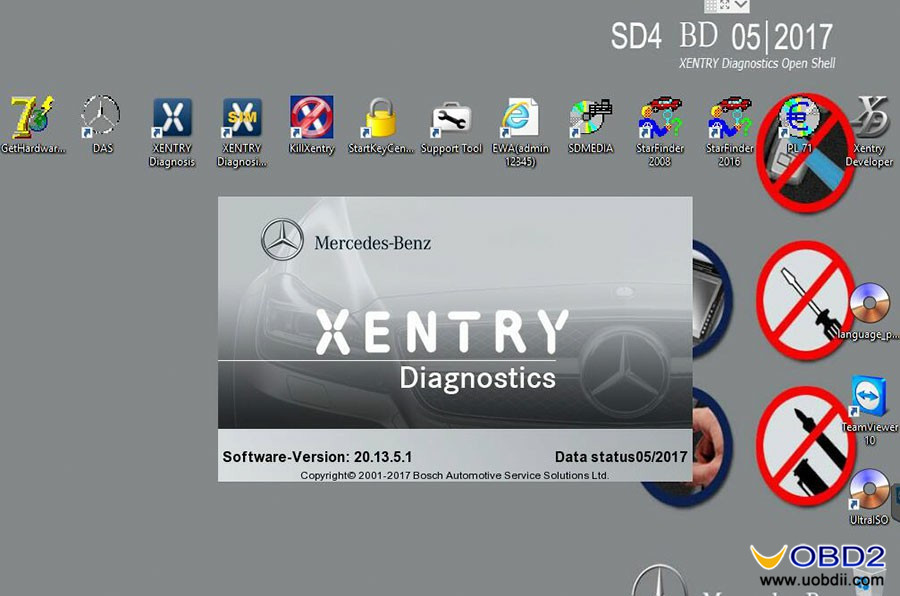 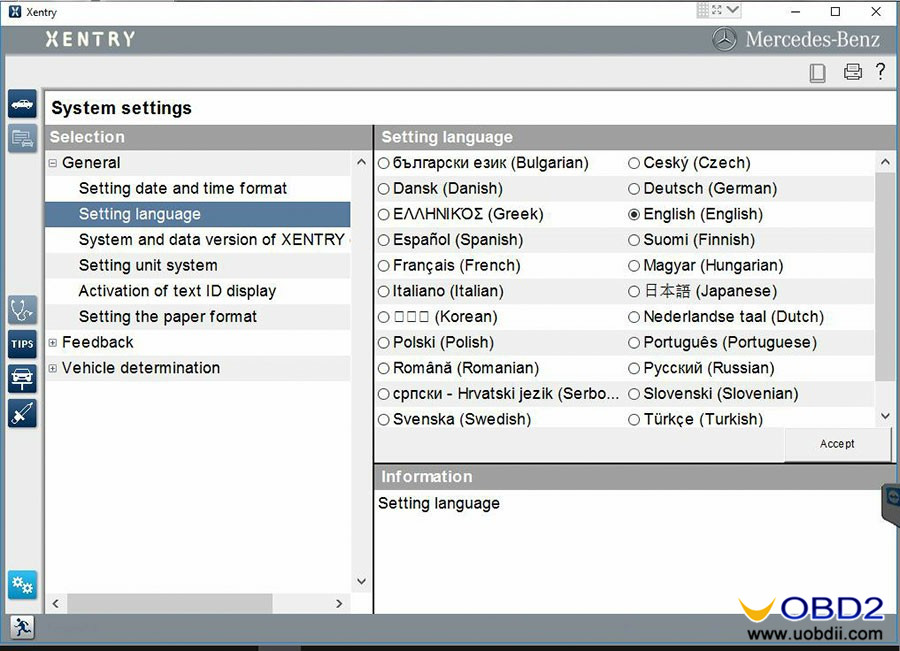 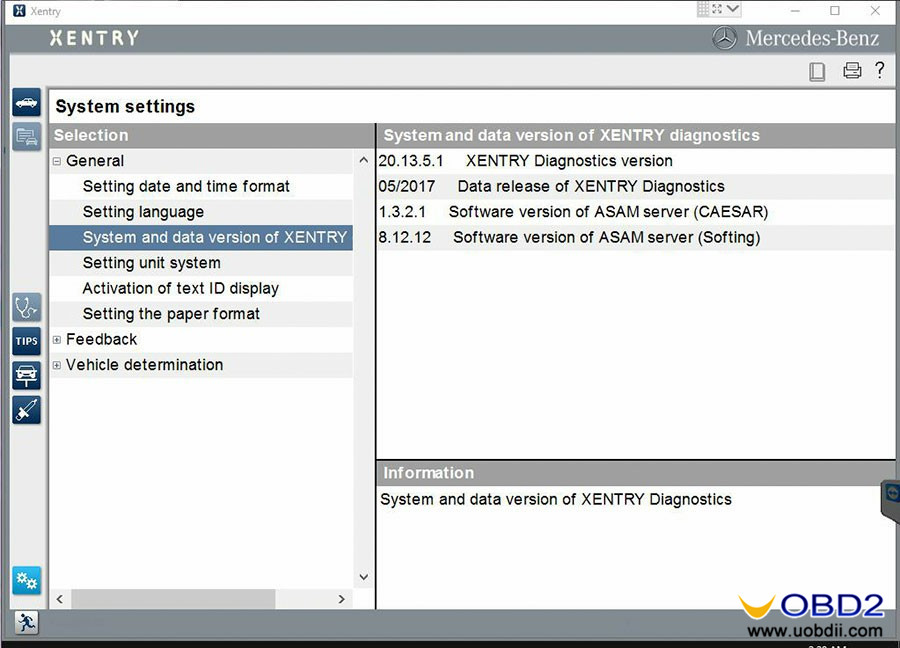 AN INPORTANT TIP: SDD or HHD, which better?

SSDs are more expensive than HDDs

This is where SSDs shine. An SSD-equipped PC will boot in seconds, certainly under a minute. A hard drive requires time to speed up to operating specs, and will continue to be slower than an SSD during normal use. A PC or Mac with an SSD boots faster, launches apps faster, and has faster overall performance. Witness the higher PCMark benchmark scores on laptops and desktops with SSDs, plus the much higher scores and transfer times for external SSDs versus HDDs. Whether it’s for fun, school, or business, the extra speed may be the difference between finishing on time or failing.

Basically, the more storage capacity, the more stuff or application you can hold on yourPC.While the (Internet) cloud may be a goodplaceto share these files among yourphone,tablet, and PC, local storage is less expensive, and you only have to buy it once.

Because of their rotary recording surfaces, HDD surfaces work best with larger files that are laid down in contiguous blocks. That way, the drive head can start and end its read in one continuous motion. When hard drives start to fill up, large files can become scattered around the disk platter, which is otherwise known as fragmentation. While read/write algorithms have improved to the point that the effect is minimized, the fact of the matter is that HDDs can become fragmented, while SSDs don’t care where the data is stored on its chips, since there’s no physical read head. Thus, SSDs are inherently faster.

An SSD has no moving parts, so it is more likely to keep your data safe in the event that you drop your laptop bag or your system is shaken about by an earthquake while it’s operating. Most hard drives park their read/write heads when the system is off, but they are flying over the drive platter at hundreds of miles an hour when they are in operation. Besides, even parking brakes have limits. If you’re rough on your equipment, an SSD is recommended.

Hard drives are simply more plentiful. Look at the product lists from Western Digital, Toshiba, Seagate, Samsung, and Hitachi, and you’ll see many more HDD models than SSDs. For PCs and Macs, internal HDDs won’t be going away completely, at least for the next couple of years. You’ll also see many more HDD choices than SSDs from different manufacturers for the same capacities. SSD model lines are growing in number, but HDDs are still in the majority for storage devices in PCs.

Because HDDs rely on spinning platters, there is a limit to how small they can be manufactured. There was an initiative to make smaller 1.8-inch spinning hard drives, but that’s stalled at about 320GB, since the phablet and smartphone manufacturers have settled on flash memory for their primary storage. SSDs have no such limitation, so they can continue to shrink as time goes on. SSDs are available in 2.5-inch laptop drive-sized boxes, but that’s only for convenience. As laptops become slimmer and tablets take over as primary Web-surfing platforms, you’ll start to see the adoption of SSDs skyrocket.

Even the quietest HDD will emit a bit of noise when it is in use from the drive spinning or the read arm moving back and forth, particularly if it’s in a system that’s been banged about or in an all-metal system where it’s been shoddily installed. Faster hard drives will make more noise than slower ones. SSDs make virtually no noise at all, since they’re non-mechanical.

Overall: HDDs win on price, capacity, and availability. SSDs work best if speed, ruggedness, form factor, noise, or fragmentation (technically part of speed) are important factors to you. If it weren’t for the price and capacity issues, 2017.05 SDconnect C4 software running in SSD together with SDconnect C4would be the winner hands down, the most ideal tool for diagnostics and programming on Mercedes-Benz vehicles..