You are getting all these systems confused? Read the following parts on the definition of DAS, Xentry, SDS, DTS Monaco, Vediamo, HHT- WIN, variant coding, Xentry coding etc.

SDS stands for STAR DIAGNOSTIC SYSTEM which is the original tablet and multiplexer used at the dealer.

Post 1996 OB2 models are fairly easy to read, however the early diagnostic system .

HHTWIN encompassed within the very latest Star system is more difficult to get grips with, so this is a trial sticky topic to address any issues encountered using the hhtwin system.
In essence HHTWIN is a hi-tech version of our LED blink code readers.

The year 2000 is a weird transition period — some MB made in 1999 but the model year is 2000 will be diagnosed from the 38-pin under the hood and thus use HTT-win. Other MB made in early 2000 and sold as a 2000 model will have the OBD port and the SDS will require the OBD cable to diagnosis….and will use DAS. 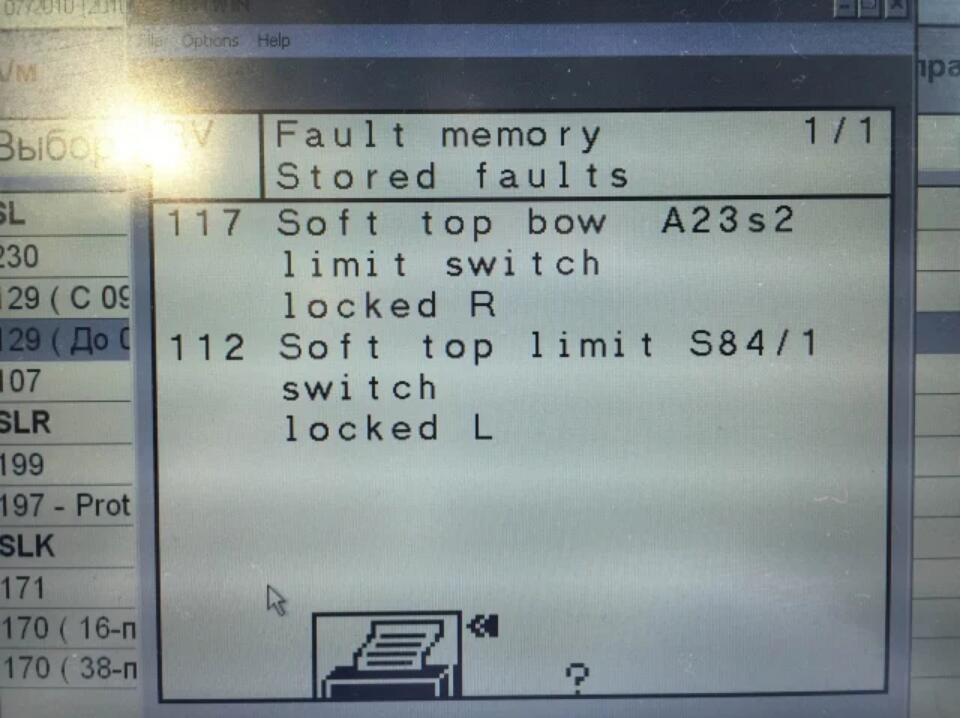 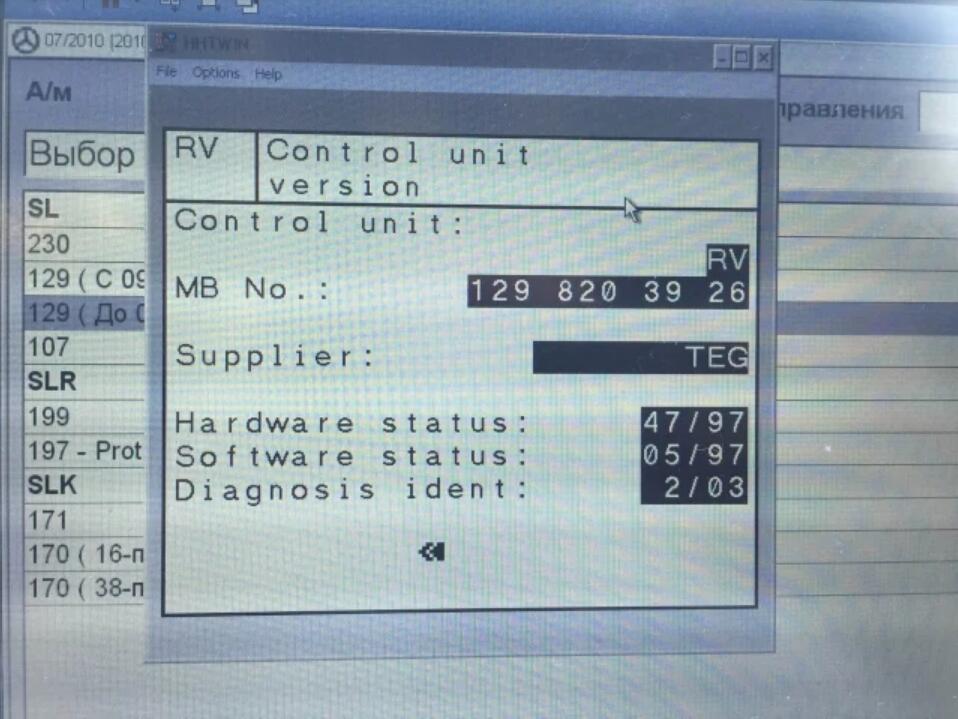 I recommend getting the Star software with ‘Developer Mode’ which allows removing speed limiters and other in depth features not available in the ‘standard’ Star software.

If you have developer mode enabled, there will be a “Development data” option in the menu for the component working with: 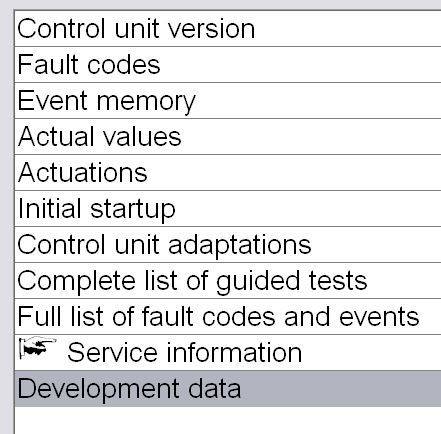 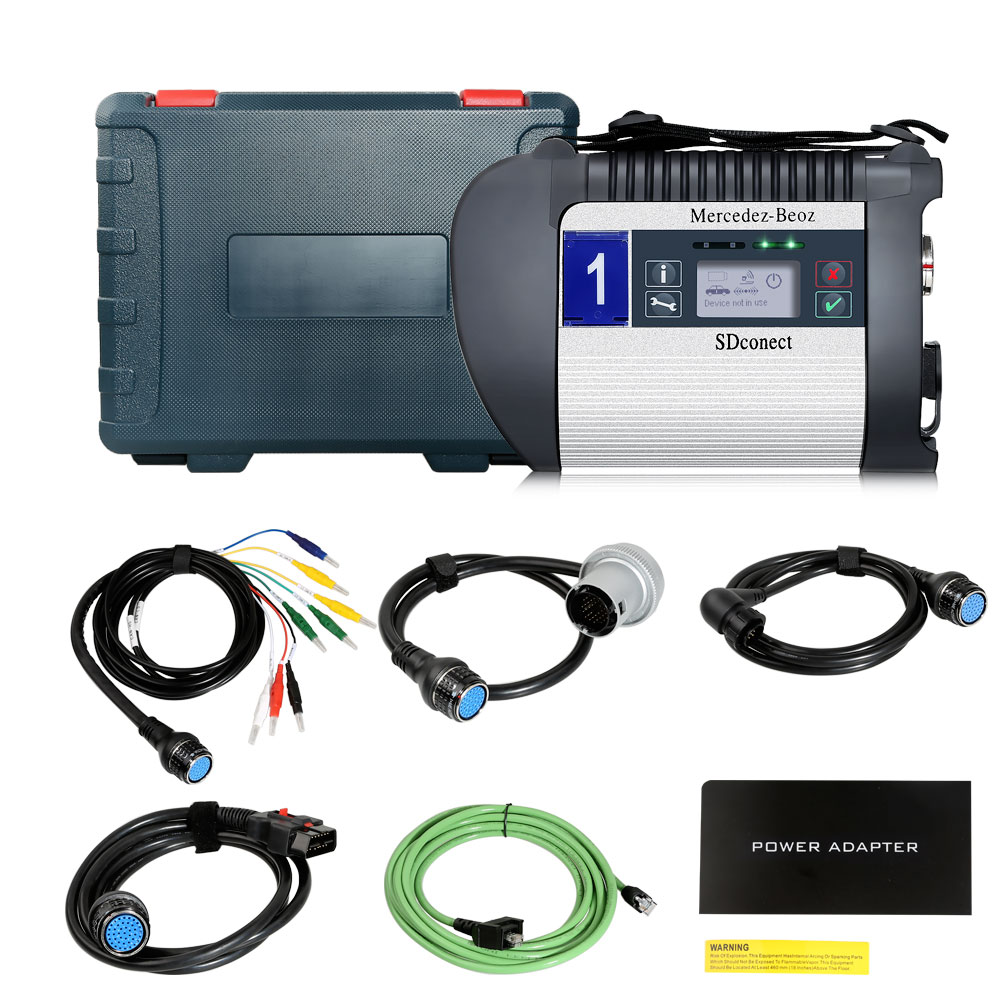 Why & when to use Xentry/DAS Developer Mode?

As a presumed DAS user you have probably learned already that there are number of functions that would logically belong to the software options, but they

are missing from the regular DAS installations. These include recoding (variant coding) the control units without SCNs (Software Calibration Numbers), de/activation of commercially sensitive options (in-motion video of tv/dvd), recoding the configuration of airbag units, seat belt reminders, changing the configuration of instrument clusters, restoring damaged EEPROM contents for Comand/APS and other ECUs and many more. There is also an additional benefit: sometimes control units record a DTCs (error codes) that are filtered out by the production software. Developer kit allows unfiltered view on the module’s error memory, therefore allowing to see all stored trouble codes, including the masked ones.

The reasons for disabling these functions in the DAS setups seen at the dealership are very simple: firstly, risk associated with using them is too high to open these tools to (very often) under trained and rushing technicians; secondly, there are several legal obligations that put restrictions on what the dealer can do and what he cannot – for instance, recoding tv-in-motion, airbags and emission-related systems fall into this category. Thirdly, electronically damaged components very often result in replacement, therefore repairing (recoding) would have adverse effect on spare parts revenue.

ECUs. The name Monaco is derived from Modular Analyzer for Vehicle Communication.

DTS Monaco comprehensively covers all tasks in the areas of engineering, testing and

DTS Monaco is based on standards such as ODX, OTX and UDS

Vediamo Software is used by the plant engineers to develop diagnosis and engineering software, which is now used by Xentry and DAS, is based on the Mercedes Benz super engineering version developed and delivered to the general customer service dealers’ use.

The use of MB super engineering version has no limitation in diagnosis / modification / programming function are open which cannot be through the VEDOC (the original application code changes with flow) can be free to increase or decrease the SA code, modify the objective, for example: the increase of vehicles equipped with SA500 electric folding mirrors, commonly known as the Xentry and DAS development mode: open data project version in 2010 after the release, increase the number of functional limitations. So we will meet the vehicle version is too new to be into the control unit in use, or are unable to do any special modifications to the control unit.

For example: W204/2122012 instrument to modify the area family configuration, or open other resource advantage function. Diagnosis / Mercedes super engineering version of the code with code / modification / programming database using the Xentry database, so the Mercedes Benz super engineering version is determined with the Xentry version, as long as the database is new and can be used in new models.

Is toggling things on like options or region to enable functionality that already exists is what you are referring to.

you can’t apply this same functionality to an Engine Computer in whole as as shown in HP tuners there are many toggles for variant features. In regards to rev matching for downshifts, if the code does not exist within the computer it will not be possible without rewrite of code base and complete OS write to the computers OS that does support the feature. To enable this you will need someone with the ability, technical skill, and appropriate hardware and software to edit code bases and combine/hack/edit. This only works if the code binary has enough free bits between sections of code to apply. You cannot shift maps or code around as the computer looks to a bit/byte location for code/maps. Additionally, if the older computers hardware does not have the right size ROM chip or the hardware speed or specification to support this will not be possible.

this type of developer is rare as generally speaking the return in investment never is enough. an example of this, a guy in sweden for a specific audi 1.8t platform has remapped the secondary oxygen sensor to utilize a flex fuel sensor, and repurposed a map that exists, to now be used as a flex fuel map. you cannot add what does not exist.

The difference between Xentry coding and Vediamo:

Xentry vediamo and Monaco work using the same concepts and definitions. Xentry is a novice and user friendly tool with very little adjustability especially as you get to newer cars. You typically need online access to do any real updates and you cant at which point change coding outside of the cars original state.

Vediamo and Monaco are not user friendly at all, require a deep understanding of vehicle infrastructure but are very powerful offline and can flash and code any module as you please. Example is me flashing firmware and map data of a 507 into your non 507 2012+ c63.

How to order my STAR system?

Do you just want to read and reset fault codes in your car?

Do you want to change configurations?

Do you want to purchase something now that you can use for any newer cars you may get?

If you only want to read and reset fault codes you do not need ANY MUX (C3/C4) at all!! You can just use a passthru cable for around $20 or get fancy and get a wireless passthru “cable”. There are limitations with what a passthru cable can do but not sure what. I only used it to read initial codes on a 2017 GLA 250 while I was waiting for my C4 to arrive. I used a Toyota mini Xhorse clone from uobdii.com.

If you want more support capability than a passthru you only need a C3 MUX for your car and use XENTRY/DAS 03/2020 version (this is the last most thorough version compatible with C3 MUX)If you want to purchase a “future proof” mux that can read old and new cars then purchase a C4 MUX and use the latest XENTRY 2020 version.

There are different chipsets (better or cheaper clone copies) on the circuit boards in the C4 MUX so you have to be careful which you buy — many places may have just as good of quality mux but this is where I purchased mine with the better chips (verified once I received it), good packaging, fast shipping and communicated well prior to buying it

C5 MUXs that are being sold are mostly FAKE — they are only C4 MUX with upgraded housings. You can mod a C4 for DoIP if needed. A true C5 is very expensive and has its own HDD.

You can get the software from forum mhh for free but have to pay $25 to register — I have had to use information. There are members that you can pay to do your software installs also and have coded programs/patches to make things easier like DieTRih and others

XENTRY/Vediamo/EPC/WIS/Starfinder/SDMedia) I use this wirelessly with a C4 MUX.

If you are not computer literate then by all means purchase a complete set with MUX and laptop with software preloaded. Anyhow hope this helps get you in the right direction but most users can get by with everything needed for only a few dollars using just a passthru cable.

It’s hard to recommend a specific seller or setup, as there are numerous options.

I would add the suggestion that you buy from a seller who has sold several units and specializes in OBD type tools (or maybe has “ODB” in the seller name), as these types of sellers will be more likely to help you get set up and support you. I had some issues and the seller (in China) was happy to log in to my laptop using team viewer and resolve the issues. It was a little difficult contacting them and getting a time when they could log in to the laptop due to the time difference and language issue, but they were awesome in getting it set up.

It is a pretty steep learning curve and is not something you simply plug in and pull codes like a simple generic OBD code reader (it takes several minutes to boot up and launch the software), and I still consider myself a complete idiot when using it, but it is an invaluable tool. If mine crashed today, I would not hesitate to replace whatever is needed.

I took one friend’s advice and bought a Dell 630 from uobdii.com, CI learned a lot from the set up process and was glad I did it that way (not just because it was cheaper, but it helped me learn about the software and system), and I learn something new every time I start SDS up.

I originally intended SDS for use with my R230, however I was recently looking for a car for my two sons who will be driving soon. I wanted something safe, reliable, and something they could work on. I thought an older high mileage W211 E320 would be good. I found one from a private seller, and before buying, I asked if I could plug up my OBD tool and spend some time; they said sure, expecting me to pull out a simple code reader. I spent about an hour looking at all the codes and info (it had a ton of stored faults, and a couple of current faults)… When the seller saw all of the fault codes and info, he offered (without me asking) to drop our already agreed upon price by another $600, which more than paid for the SDS setup…

3.pick a seller that has sold several units and/or appears to be in the OBD business that can provide support if needed
4. Be patient with yourself in getting it set up and learning to use it.

Note: crack V2019.12 Xentry and newest V2020.3 Xentry can’t perform online programming yet, even though you have the online account. Please use V2019.09 Xentry to run with sd connect c4.