A bit of a very slow coolant loss, and the pump was found leaking. Replacing that, about a month ago, it started having a loss of power between 20-40 mph. I took the car and found misfire codes on cylinders 2, 4, 5, and 6. I cleaned the MAS, replaced the spark plugs and wires, checked all the coil-packs with a spark tester (they checked out with strong spark), and checked the fuel pressure at the fuel tube that feeds the injectors.

With that done and the problem persisting (especially when the car warmed up to operating temp), I had Cottman transmission (very reputable guys at this local shop) and they checked it out and found the same engine codes, but stated the transmission was working fine.

I took it for a test drive and here’s what she did:
1) Starting it, it had a slightly rough idle but moved easily at low speeds.
2) Upon pulling out of the neighborhood and onto a State road that headed uphill, I pressed the accelerator about 1/2 way as typical. Initially it accelerated as expected, but after about 30 yards it started to run at a lower speed and engine rev as if I reduced the pedal to about 1/4.
3) When the car reached the crest of the hill, even though I didn’t alter the pedal position, it began accelerating to a more expected 1/2 pedal acceleration.
4) The above was typical on all uphill slopes… oh, and when I got out with it running, I could smell un-burnt gas.

5) Noting the engine service light was on, I had the code pulled and received the following: PO301 “cylinder misfire detected – cylinder number 1”
6) I pulled the #1 wire (wires and plugs are new) and did a spark test, it was sparking strong and quickly at a separation of 36-38.

I’m going to pull the plug and check it for damage, but that is an extremely remote issue. I don’t even understand why 1 cylinder misfire would cause the acceleration issue that she has, it just doesn’t add up. Previously, before the heads were pulled, the misfire codes were intermittent misfire in cylinders 2, 4, 5, and 6.

Chevrolet OBD2 code reader to use:

Just test drove her again and got the error code:
PO102
Mass of Volume Air Flow A
Circuit Low

I replaced the MAF a few days ago. So I remeoved the new plastic one and replaced it with the original aluminum one (that’s clean as a whistle) and there was no change in the error code. Plus, I then tested it with my multi-meter, here are the results:
1) With the harness disconnected and the engine/ignition off:
All three wires (red, black and yellow) ohm-ed out as ground.
2) With the key in the ignition and it turned to run position without the engine on:
The power wire (red) had almost 13 volts, the ground (black) wire was grounded, and the signal wire had about 6 volts.
3) With the engine running and the harness attached:
I tested the Hertz with my TEST BENCH set to 20 Hertz and the signal wire (yellow) had a fairly consistent 2.14 hertz at idle (engine warm) and when the engine revved it smoothly went to just above 14 hertz and then evenly went back down to 2.14 when the idle was slowly released.

To add to my complex testing, I ran the car with my Foxwell attached and the Foxwell has a (g/s) reading for the MAF during the events in real time. It seems it was registering 4-5 during idle and was at the 40-50 range when it was bogging down, but when it cleared and accelerated as expected, it was well into the high 60s and into the 70s. Is this something that assists? Both the original GM MAF and the new replacement AC Delco MAF are performing the exact same way.

I found the yellow sensor wire that goes from the MAF sensor to the PCM wasn’t clean when I used my Ohm meter, it showed about 1.71. I ran a new wire along the same route and spliced it into the existing connectors. The new test drive was markedly better in acceleration and speed. However, after clearing the code, it still showed “”PO102, Mass of Volume Air Flow A, Circuit Low.”

I grabbed an older laptop in great condition with XP on it, so I could run the GM program to flash the PCM, I’m loading XP Professional on it with Service Pack 3 so it should run it properly, and I’ll “flash” the junkyard PCM first to my daughter’s VIN and see if that fixes the issue.

Finished (though I had to go to a shop with a GM Tech 2 and basically rent it with the mechanic).

Everything is factory spec, and it idles and revs without issue. No trouble codes. Everything is within spec. when we looked over all the info in his Tech 2 readings.

When driving (though markedly better and gets up to highway speed great), still it seems the engine, as it is accelerating: feels that it either adjusts the fuel/spark a bit, or the transmission shifts prematurely into a higher gear or something (that’s the only way I can describe it). It’s weird to feel the car do something without driver input. Whatever it is is keeps the car from continuing its acceleration for a few seconds. If I give it throttle during the event, it downshifts and accelerates great through the issue. If I don’t alter the accelerator, and keep it steady during the event, it waits a few seconds and then shifts to overdrive and feels normal.

Since I changed the fluid and filter when I first was alerted of the issue by my daughter during my maintenance work, and the old fluid was discolored (aged) and there was no metal dust or filings on the magnet, I’m wondering if I just need to allow her to drive it and change the fluid again in a few days and see if it flushes more of the old fluid that was trapped inside the torque converter?

Interestingly, only item #2 above was determined by the PCM to be in error and would throw a Service Engine Soon light or throw a code, the PCM was silent on the other errors. I guess a ’97 GM PCM was not very sophisticated. 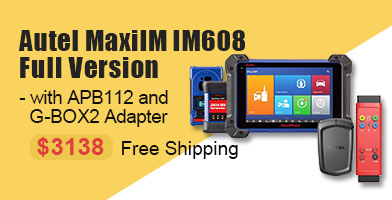 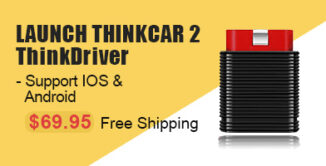 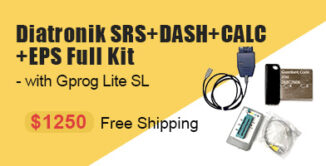